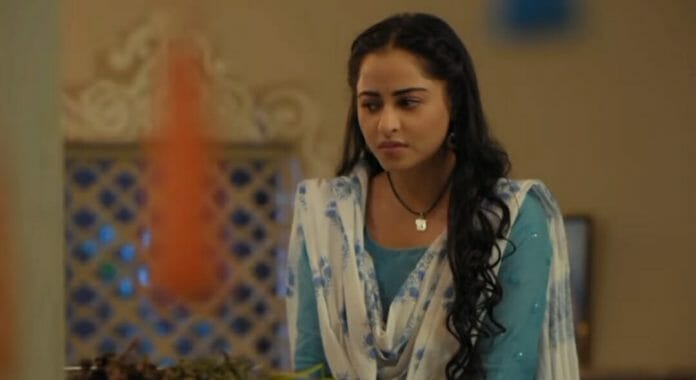 Star Bharat’s show Channa Mereya is gearing up with an interesting drama with Ginni and family comes to the Singh’s mansion to stay which upsets and angers Aditya. Later Ginni warns the Singh’s about the consequences of trying to make them leave forcibly.

Now it will be interesting to see what will happen next? What is Ginni’s hidden agenda to stay with the Singh’s? Will Aditya and Ginni be able to reconcile their relationship?

In the previous episode we had seen that Gulraj was talking to her and Kushwant’s photo just then Ginni arrived there. Gulraj demanded her to leave the house and go back to the Singh’s for going against her words. Ginni tried to calm down Gulraj and tried to make her understand the path which she was chosing to punish the Singh’s were not a right one but Gulraj refused to listen to her and asked her to choose either Singh’s or the Grewal’s. Ginni promised Gulraj to made sure Kushwant got justice.

Goldie informed Simran via video call that he was going to ask Ginni whose side she was. In Singh’s house Aditya assured Amber that Rajvant would be safe in their house. Gurleen informed her father was called both of them so they both went downstairs.

Aditya’s uncle informed Rajvant made Ginni as their business partner also named half of their property on her name which shocked everyone. Both Amber and Shailaja got furious and instigated Aditya against Ginni for her clever move against them.

Aditya got upset then left the place. Ginni got upset and tried to leave the place when she saw Goldie in the house but Gulraj convinced her. Ginni warned Goldie to not to something to make things worse. Amber went to an unconscious Rajvant and demanded him to tell him why did he named half the property in Ginni’s name.

Supreet got shocked seeing Amber’s outburst. She send him out saying Rajvant can’t answer him now. Ginni who was cleaning the dhaba wondered who tried to kill Rajvant in the hospital also how to make Gulraj realise her what she done was not right.

She then decided to leave the dhaba but Aditya arrived there in his intoxicated state and started taunting her which confused Ginni.

In the upcoming episode it will be shown that Amber will say to Aditya that he want the Grewal’s to be out of the Singh’s house immediately so ask Aditya to take the best lawyer’s help to snatch everything that Rajvant named in Ginni’s name from the Grewal’s. Aditya will agree to find a lawyer and come out of his room.

He will see Ginni. They both will cross the path. Aditya will get emotional when Ginni’s hair will caresses his face. Ginni will also get emotional seeing Aditya’s retreating back.