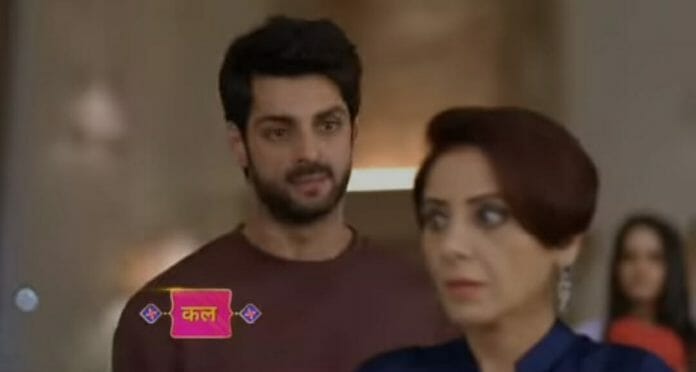 In the previous episode we had seen that Supreet advised Ginni to not to create any scene infront of Sonia because the deal was more important to them and asked her to act as a well cultured daughter in law which angered Ginni. Shailaja instigated Supreet that it was going to be them who might suffer if anything goes wrong not the Grewal’s.

Both Aditya and Amber discussed about how to handle the current situation and impress Sonia to get the deal. Later Sonia arrived to the Singh’s house. She greeted Aditya and family also praised him. Ginni and family also gave a warm welcome to Sonia because of which Sonia get impressed.

Amber suggested Sonia to read their proposal and if she was satisfied then they could further proceed. Sonia told she was not here for this then took Aditya and Ginni with her alone which worried Amber and his family. Shailaja grow anxious and started accusing the Grewal’s fearing they might lose the deal.

Amber also shouted at the Grewal’s but Gulraj gave them befitting reply. Sonia went to meet Rajvant alone while Amber enquired Aditya about his conversation with Sonia but the latter refused to disclose it to him. Later Aditya kidnapped Ginni and Armaan got shocked seeing them together. Ginni explained they both reunited after Sonia made some shocking revelation and informed what she and Aditya learned through Sonia.

She further informed Aditya her reason behind to stay in Singh’s mansion also to split Rajvant’s room was to protect Rajvant only.

In the upcoming episode it will be shown that Aditya will inform that he called the cops to get Supreet arrested. Supreet will put a knife under Ginni’s throat and threaten to kill her which will shock everyone.