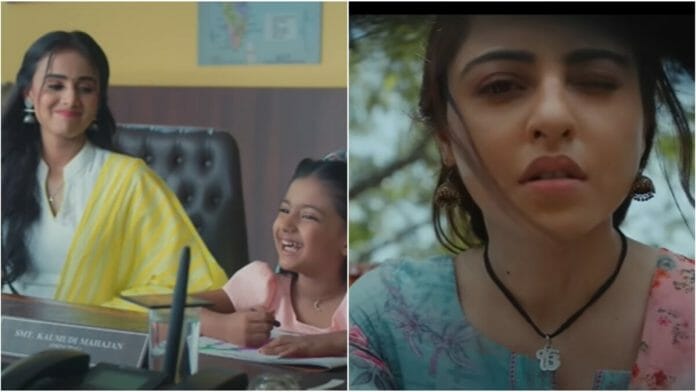 Star Bharat is bringing new shows on board. The concept of show will emotionally connect with the audience out there. A girl running restaurant on a highway to fulfill her father’s dream will surely bring audience to the show. Show titled ‘Channa Mereya’ first look featuring Niyati Fatnani is out.

According to the promo of the show, Ginni is full of life. She serves the food with love and receives blessings in return. She hides her pain and keeps smiling. Ginni’s story seems interesting. How she crosses hurdles of her life and come as a winner will be watch worthy.

Show is produced under Beyond Dreams production. Mamta and Yash Patanik has given blockbusters to the television that includes Ek Veer Ki Ardaas Veera, Kuch Rang Pyaar Ke Aise Bhi, Ishq Mein Marjawan among the others. Channa Mereya will surely hit audience heart.

Show is featuring Karan Wahi too. Actor Karan is returning in a fiction show after a decade. Fans are already excited to see his performance in the show. Karan is already Television best host. His stint in a fiction show will be a treat to watch. Karan is paired opposite to Niyati Fatnani. How this upcoming Jodi captures audience heart will be interesting to watch.

Channa Mereya will hit the screen from 5th July, 7 PM on Star Bharat

Another new show Bohot Pyaar Kartein Hain is story of girl Zoon who is raised by a single mother. During the admission when asked about her father Zoon tells to the principal that Indu Raina is her father too. The chemistry of this mother and daughter will connect with the audience. Bohot Pyaar Karte Hai is featuring Karan V Grover and Sayli Salunkhe in the lead.

Actor Karan V Grover was seen in Udaariyaan show playing the character of Angad. He is known for playing variety of roles on-screen from scientist to doctor, Grover has impressed the audience with his best performance on screen. In the upcoming show he will win millions heart surely with his brilliant acting skills.

Coming to Sayli, actress was last seen in Spy Bahu. She is all set to make a lead debut with Bohot Pyaar Kartein Hain. The first look of Sayli as Indu has received positive response from the adueince. See the promo below:

Tell us which show you all are excited