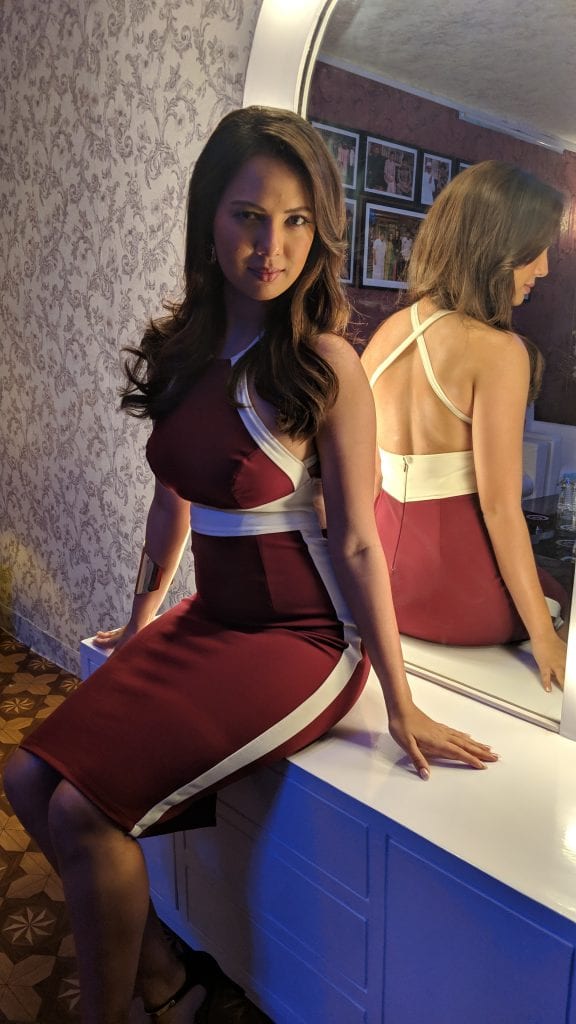 Former beauty queen, finding her ground on the cricketing field with her association with IPL as an anchor, Rochelle Rao makes her comeback on television, now in Kapil Sharma’s comedy show which has already claimed a spot in the top shows on television with their antics & gigs.
Rochelle who was a part of the show last season is a part of the show this year with  a dramatic makeover as Chingari & brings out the oomph factor on the show. With a new avatar every weekend, Rochelle rocked in a scarlet red body-con dress with a low back.
The ex Miss India created noise for being the torch bearer of body positivity & campaigned the idea of body positivity. Rochelle has come a long way & worked hard & looks in her fittest best if her pictures on the photo sharing app are anything to go by.
Apparently she was true to her name looking smoking hot in the short number.