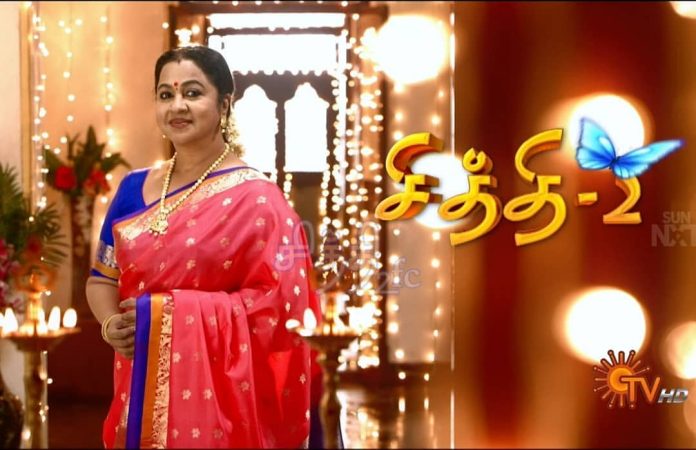 Kavin correctly places the rose on Venba’s hair inspite of the hosts trying hard to confuse Kavin and win the last round. The judges announce Venba and Kavin as the best couple of the year. Mallika’s goon is about to shoot Venba, Saradha stops them coming with the security guards of the hotel. The goons run away. The guards go after them. Here the judges hand the trophy and the check to Kavin and Venba. Kavin says that he won the competition easily because of Venba’s support. His intuition took him to Venba in the last round.

Saradha and the family are waiting for Venba. Yazhini comes there searching for Kavin. Meanwhile Kavin brings an unconscious Venba to the hospital. He asks the nurse to bring the doctor immediately as Venba’s leg is bleeding. Venba gains consciousnes and asks what happened to her. Kavin tells that she fainted in the hotel and he brought her here. Venba asks to call her Chithi. Kavin complains that Venba didn’t ask about him. The doctor checks Venba. The latter asks Kavin to inform her Chithi since she will be worried.

There Saradha, Yazhini and the family are worried for Kavin and Venba. Yazhini phones Kavin and puts the phone on the speaker. Kavin tells that Venba fainted and he brought her to the hospital nearby the hotel. Saradha and Yazhini go to the hospital. Here the doctor tells Kavin that Venba needs complete bed rest for two days and Kavin did right by lifting her in his arms else her injury might have got infected. The nurse asks Kavin to help to inject Venba on the hip. Venba asks Kavin to go out, Kavin refuses.

Saradha reaches the hospital along with Yazhini. She sends Yazhini with the nurse to take her leg’s X-ray. Saradha then meets Kavin and tells that he could’ve informed he when Venba fainted, she would have brought her to the hospital. Kavin says that Venba is his responsibility and he still feels guilty for not being able to protect Venba previous time and keep the promise given to Saradha. Kavin then tells that Doctor asked Venba to be in complete bed rest for two days. Yazhini comes there and gets sad on hearing Kavin. Saradha and all notice Yazhini and ask about her health. Yazhini says that doctor asked her to take rest for two days. Kavin wants to drop Venba safely home. He holds her hand and takes her out. Kavin gets concerned when Venba is about to fall. Yazhini gets upset on seeing Kavin’s care for Venba.