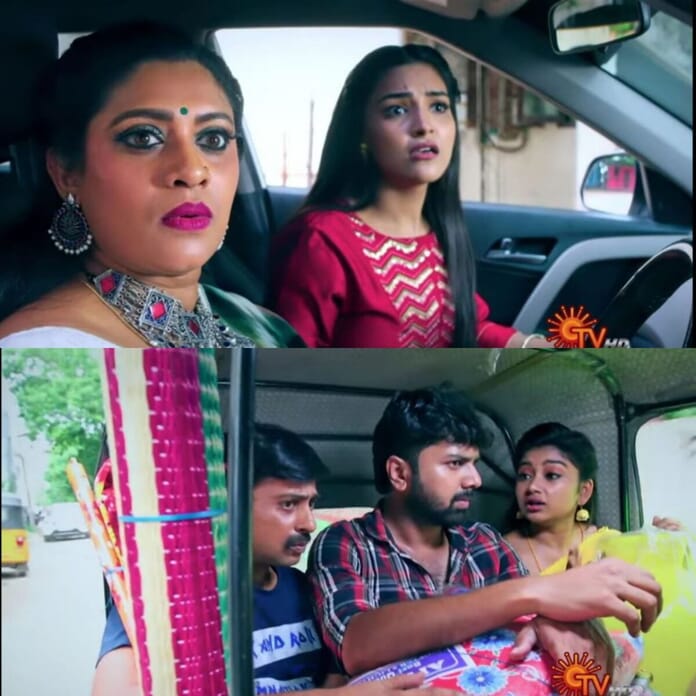 SunTv’s popular show Chithi2 has been attracting it’s audience since it’s the first day it aired on the small screen. The lead couple Venba and Kavin managed to win millions of hearts with their commendable acting and screen-burning chemistry. In the previous episode, it was seen that Venba and Kavin finally found a house for rent. In the upcoming episode, it will be seen that Mallik will try to find out Kavin and Venba’s location by following them.

In the previous episodes, it was seen that Kavin and Venba finally found a house for rent. Venba request the incharge of that house to talk to the owner about reducing the advance money, but the in charge refused. Later it was revealed that the incharge was the father of the kid, Shivani that Kavin saved the other day. The in charge thanked Kavin and agreed to negotiate with the house owner. Later Venba and Kavin celebrated it and share a moment.

In the upcoming episode, it will be shown that Kavin, Venba and Ravi will go to the supermarket to get the necessary things for the house. Mallika and Yazhini will be traveling in a car. They will spot Kavin and Venba getting into an auto. Venba will also notice them. Mallika will follow the auto. Venba will request the auto driver to drive fast.

Will Kavin and Venba be able to escape from Mallika? Or Mallika will find out their whereabouts and will trouble them?

All these questions will be answered in the upcoming episodes. Keep watching Chithi2 on the TV and keep checking this space for more updates of your favorite Tamil shows.