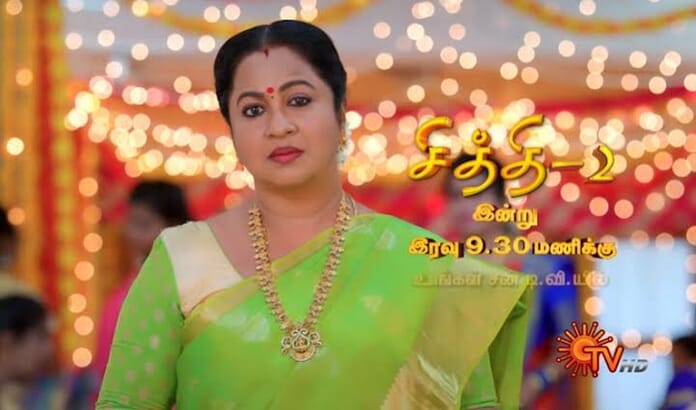 The episode starts with Kavin pretending like suffering in shiver. Venba tries getting him blanket but Kavin asks her to hug him and the shivering will go down. Venba is not sure but still hugs him. Kavin enjoys her hug but Venba says that it won’t work and asks him to wait. She forcefully gets out of his hug and goes to kitchen. She comes back with herbal medicine saying that Sharda will always make it if anyone falls sick in their family. She forces him to drink it but he spits it unable to bear the bitterness. He asks her to hug him back but Venba says these days cold is very serious issue and everyone should stay from the person who has cold. She asks him to sleep separately tonight while Kavin gets irked. He says that all the romance will work only on movies.

Subbu is crying recalling Kavin and Mallika’s words. Natraj comes there and asks why she’s in dark. Subbu says he promised that they would adopt Kavin but never took any steps for it. Natraj says they already decided to announce Kavin as their adopted son in their 60th wedding anniversary. Subbu says nothing happens only because they have decided and asks him to take Kavin’s opinion too.

Natraj decides to take chit in temple and decide whatever God wishes to. They both visit temple while Subbu is scared
Natraj gives her courage and says priest their wish to pick chits in front of God. Priest places turmeric and vermilion in two chits and folds it. He mixes the chits and places in front of God. He asks them to think what they want. Natraj decides that if they get turmeric then it’s a good sign and can go for adoption. However if it’s a vermillion they would drop their idea. Priest asks a small girl to pick the chit. The girl picks the chit and they both gets relieved seeing turmeric.

Singaram is planning for Natraj and Subbu’s wedding anniversary. He checks Google for the procedure. He reads the instructions and says that it’s impossible for them to conduct the function as according to the rules they should have son or daughter who would perform the main event of the function but they are childless. He informs Natraj and Subbu of the same. Kavin and Venba too hears it. Natraj asks him to not say that anymore as they are going to adopt Kavin as their son who will perform the function shocking everyone.