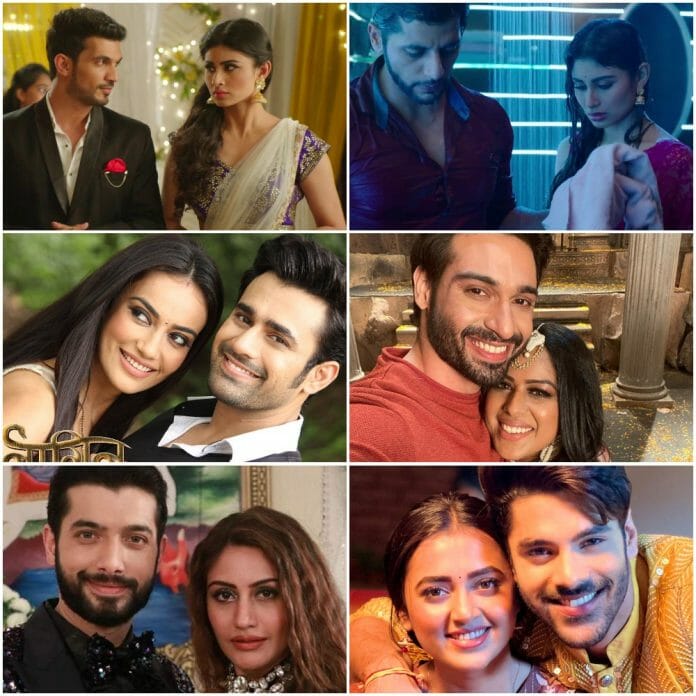 Naagin is famous supernatural series produced by TV queen Ekta Kapoor. With each season Naagin craze levels up. The Naags and Naagins’ leaves the lasting impression on the audience. The show is witnessing its’ 6th edition. This year actor Simba Nagpal is seen as the male of the show. He playing Rishab. Simba as Rishab is getting audience praise. He became fans favorite with his stint in Bigg Boss 15. In the show Naagin his acting skills are in talk. Actor is paired opposite to Bigg Boss 15 winner Tejasswi Prakash. The Jodi of Tejasswi and Simba is seasons hit. Duo under the hastag PRATHA makes the noise. Fans are leaving no chance to hype this Jodi.

Well, this is not the first time when the couple of Naagin is getting attention. Right from season 1 the jodi’s of the show has made place in audience heart. Here we bring all the seasons famous jodi’s together. Tell us which has impressed you so far.

The Jodi of Sharad and Surbhi is one of famous Jodi from the season 5th of the show. Both aced the character of Bani and Veer. They were one of the most trended Naagin Jodi. Sharad and Surbhi together is still missed. Fans are still waiting for this hot Jodi to make a comeback togtether.

They literally burned the screen with their flawless chemistry in Naagin season 3. Surbhi and Pearl as Bela and Mihir were superhot undeniably. They too were the trended couple of the season.

Jodi of Karanvir and Mouni from season 2 made buzz too. Karavir rocked as Rocky while Mouni were as usual best as Shivangi. One of the hot pair surely!

Last but not the least, it all started with matchless chemistry of Arjun Bijlani and Mouni Roy seizing audience heard as Shivanya and Ritik. They both were truly makers passionate choice. There intense performance in the show gripped audience breathe for uncountable times. Shivanya and Ritik is one of the iconic irreplaceable Naagin couple.