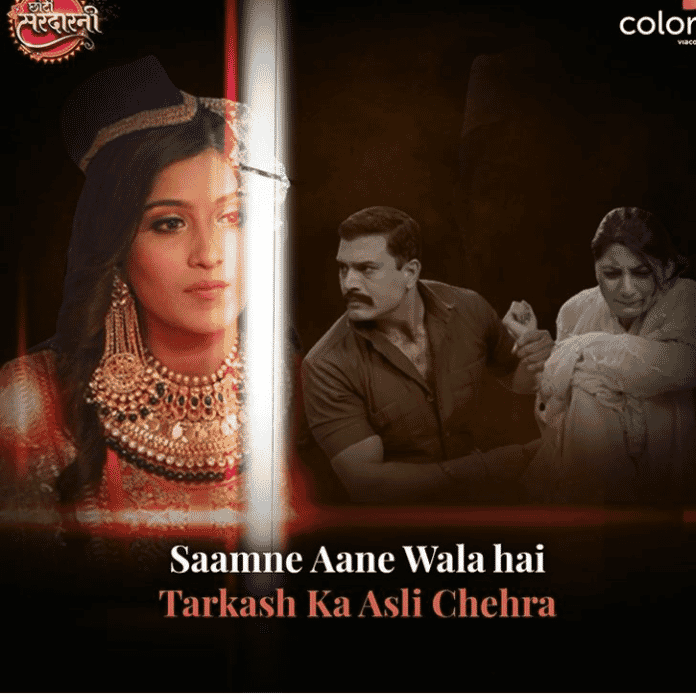 Episode begins with Meher says she also has rights on this house and asks for her share of property so Amrita can open coaching centre in that part.

Ranna blames Amrita saying it’s all happening because of her. Bittu says being a son they didn’t ask their share till now but she asked it easily. Gulwant shatters hearing Meher and cries and goes inside the house silently. She sees Meher and says if Meher wants her share then she will give it to her and says she is even ready to give her life it’s just a property.

She says how much she struggled to do their upbringing being a single mother and and says she stayed many nights hungry just to feed them but now she is asking her share it’s okay she will give her that also. She says her husband used to say that Meher should never feel lonely even if he is not with her that’s why she loved and took care of her more than her sons.She asks what part Meher wants and she is ready to give whatever part she wants. She says being a widow she had to stay strong in this society and did their upbringing alone but seems like that’s not matter now.

Param gets worried for lying to Meher. Harleen says he need not to worry about anything because she handled his teacher and also Meher and asks him to forget everything. Param says Meher used to say that truth come out one day for sure. She says she will handle that day also when truth comes out but she won’t let anyone scold him.

Meher says she didn’t forget anything which Gulwant did for them and wipes her tears and says now whatever Gulwant doing is wrong. Gulwant says Meher is now daughter in law of Gill family and she doesn’t has any rights on this house. Meher says she is still Gulwant’s daughter and according to law she has rights on this house and she wants her share of property so she can gift that to Amrita to open coaching centre. She tells Amrita that she is doing nothing wrong. Sarab got to know that Meher went to her house.

Param asks about his jalebi. Harleen says Param did well in his exam so she made jalebi for him. Gulwant thinks Meher won’t listen her and thinks to do something. She sees Jagga and informs him that Meher wants her share of this house. She says Amrita instigated Meher just to open coaching centre. Jagga shouts at Meher. Meher says he just saw Gulwant’s tears but he is not seeing what is right and wrong. She says Amrita always supported her and now it’s her turn to support her.

Jagga asks Amrita to bring water for Gulwant and says today Meher hurted their mother by asking her share. Meher says he is good son and brother but today he has to prove that he is good husband also and tells him about the benefits if Amrita open coaching centre. Jagga gets convinced with Meher’s points and tries to convince Gulwant. Meher gets call from Param’s principal and got to know that Param slept during his exam.

Precap – Meher tells Param that from now one he can do whatever he wants to do.