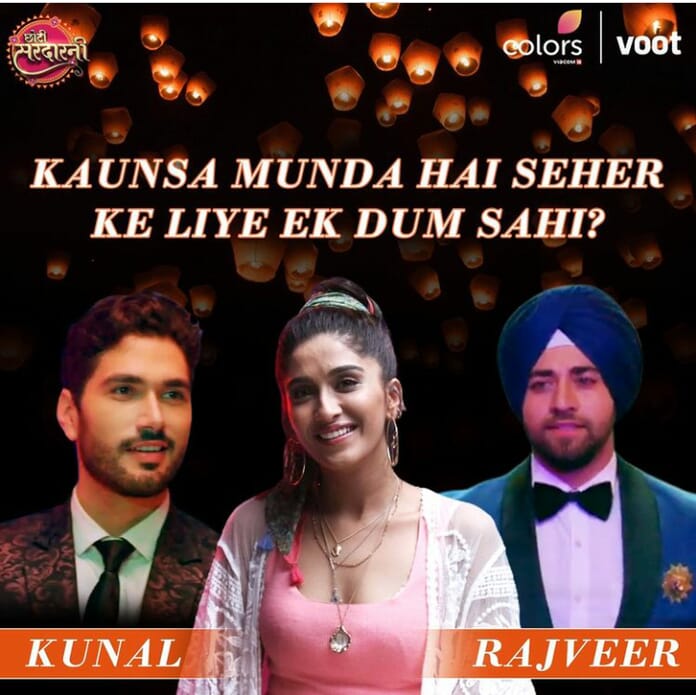 Episode begins with Rajveer searches Seher’s room and he sees her coming towards him. She tells him that he lied to her that he will protect her always but he failed to save her and she should not have believed him. He tells her that he came for her only. She tells him that it’s too late and he lost her already. He asks her to not say like that and she gets vanished. He wakes up and realises that it was his dream and he tries to get up in the middle of the treatment. Doctor asks him to not move. Rajveer asks him that where is Seher and leaves from the room.

Rajveer comes there. Kulwant notices him and blames him for Seher’s condition. Karan recalls that how Rajveer confessed his wrongdoings. Param holds Rajveer’s collar and tells him that Seher suffering this much because of him only and if anything happen to her then he won’t leave him. Rajveer tries to move towards Seher’s room but Param pushes him and hits him. Rajveer murmurs that he has to go to Seher. Karan asks him to stay away from Seher and hits him ( Qismat Ka Khel song plays in the background ).

Reema comes there and stops Param and Karan and tells them that it’s Rajveer who saved Seher. Doctor takes Param and Karan from there to get signature on the form. Rajveer sees Seher from outside the room. Didiji comes there. Rajveer stops her from seeing Seher. She notices his injuries and asks Bobby to call the Doctor to treat Rajveer. He tells her that he died for her. She asks him that what is he saying and tells him that she can do anything for him and Seher. He tells her that she don’t have any rights on him and Seher and asks her to leave from there. She notices Kulwant and thinks that she won’t leave her for snatching everything from her and leaves from there.

Doctors discusses that Seher’s condition getting worsen. Meanwhile, Doctor treats Rajveer’s injures and the latter keep looking at Seher. Kulwant prays to God for Seher’s life. She asks him to not snatch Seher from her. Kids also prays for Seher. They tells Rajveer that nothing will happen to Seher. Reema recalls that how Seher consoled her.

Dr Gayatri tells them that Seher needs blood. She refuses to accept Rajveer’s blood. Param tells her that his and Seher’s blood group is same and he goes to donate blood. Police comes there to take Rajveer from there but the latter refuses. Kids stops them from reaching Rajveer. Reema tells Police that Seher saved many people’s life and for Seher’s sake Rajveer has to stay here. Flight passengers too stops Police from reaching Rajveer.

Precap – Seher dies. Rajveer asks her to wake up and refuses to accept that she died.