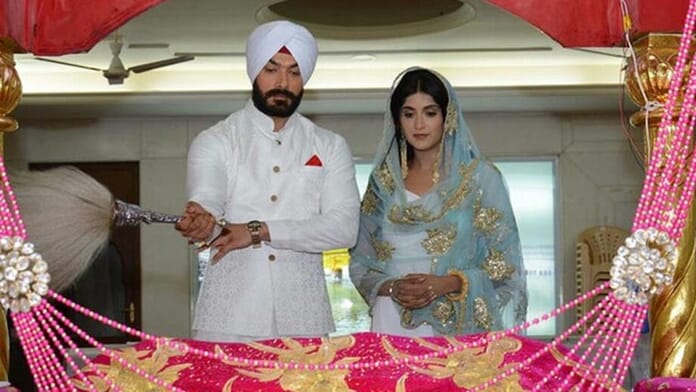 Episode begins with Seher sees the video of Param pushing Tricky and Param asks her to not misunderstand and he just touched Tricky and tries to tell her that what Tricky did. She tells him that she don’t care that what Tricky did and the latter knows the condition of Tricky that Tricky may seem like he is 15 years old but his mind still works like a kid and the latter knows about it very well still he did this. Karan tells her that he tried to stop Param but Param didn’t listen him.

Param asks him to shut up and tells Seher that Karan is behind all this that’s why Karan recorded everything instead of stopping Tricky. Karan tells him that he recorded to show the latter’s real face to Seher. She asks them to stop their fight and they made Tricky cry and they even hurted her. They apologizes to her. She tells them that today she is ashamed to call them as her brothers and she didn’t expected this from them and disconnects the call saying that she don’t want to talk to them now.

Next day, Tricky receives gifts from Seher and smiles seeing that. Badi B tells Seher that she is not understanding that she is Tricky’s grandmother or Seher because it’s Seher who fills Tricky’s room with gifts whenever he gets sad. Seher tells her that Tricky is her life and she can’t see tears in his eyes and moreover it’s the latter who did her and her brothers upbringing after Sarab and Meher’s death so it’s her responsibility to take care of Tricky. Tricky asks Seher that why she send so many gifts for him. She tells him that it’s his smile day that’s why.

Seher reaches the play school and gives chocolates to the Kids. She learns that everyone’s watches missing and new kid Aahil admitted recently and she finds the watches in Aahil’s pillow and tells the staff that Aahil has the habit to sleep hearing his mother’s heartbeat that’s why he did this.

Other side, Rajveer tells his sister that he is nervous too and takes the diamond ring to propose Seher and she wishes him. After some time, she tells her staff to prepare everything saying that they should reach Gill mansion.

Rajveer arranges everything to propose Seher. Seher comes there and he moves towards her but she moves from there without seeing him and hugs Kunal. Rajveer drops the flower bouquet and cries seeing them together. Nikhil too notices Seher and Kunal and feels bad for Rajveer.

Kunal proposes Seher and she accepts his proposal then Seher notices Rajveer. Nikhil calls Rajveer’s sister and informs her everything. Rajveer’s sister returns to her house without meeting Seher’s family. Seher and Kunal confesses their feelings to each other. Seher calls Rajveer and when he didn’t turn she holds his hand ( Title song plays in the background ).