Episode begins with Sarab and Meher performs for Behrupiya song. Kulwant recalls the accident and screams to stop the performance and leaves from there. Harleen asks that what happened to her suddenly. Bittu and Ranna tells her that Kulwant is not well that’s it. Dolly tells them that she agrees with Kulwant first time and what kind of story they are trying to explain that too on their sangeet day. Meher asks them to enjoy the sangeet and follows Kulwant.

Kulwant thinks while driving that, Sarab get to know about her truth definitely but she is similar to storm and he did wrong by telling the truth to Meher and she knows to change the story because he don’t even have any evidence against her. Few people stops the car. She gets out and asks them that what are they doing. They praises her saying that she got seat in this election. She gets happy hearing them. One of the person tells her that their political party symbol is truck. Another person says to her that media wants her picture with truck.

Kulwant tells her that today she will reveal everything to her and takes her to Dhillon house. She makes her stand in front of Jagga’s picture and asks her to understand her pain as a mother. She tells her that she felt like dying seeing Jagga’s dead body in her lap and she was not understanding that what to do that time, and in revenge she forget everything. Meher asks her to not tell any excuse now.

Seher asks Sarab about Meher. He replies her saying that she must be on her way and tells her to enjoy the party. Seher goes to Param and Karan and dances with them. Sarab learns that Meher don’t have her mobile with her. Harleen asks Sarab about Meher and reminds him that tomorrow his marriage going to happen.

Later, Kulwant asks her sons to concentrate on the election and she need to attend the marriage. 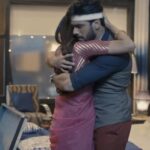