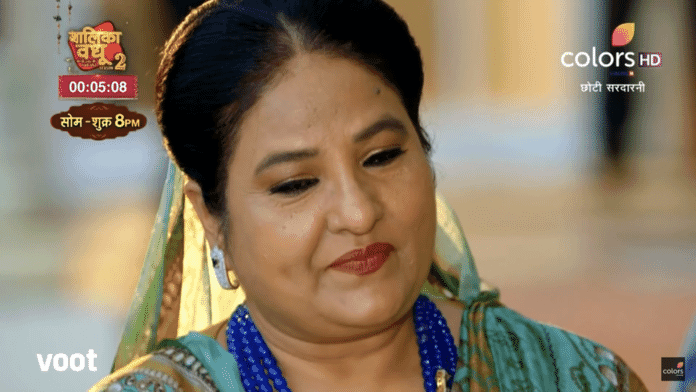 Colors TV popular show Choti Sardarni is gearing up for some high voltage drama . The show now focuses on Sarab and Meher’s children Seher, Param and Karan who are grown up after the leap. Earlier it’s seen that Rajveer learnt about Seher and Kunal’s engagement but avoided attending it. Now it will be seen that Didiji will make plans to trap Seher in all ways while she will hire goons to kill Kunal.

Previously we have seen that, Kunal got his visa finally and Karan and Param planned for their engagement. In the meantime, Didiji learnt that no life was lost during the blast and decided to use it against Param and Karan to ruin their reputation. On the other hand, She had another plan to stop Kunal uniting with Seher. Seher called Rajveer and invited him for her engagement with Kunal but Rajveer did not agree to attend it. He sent his best wishes for her while Didiji heard it.

In the future episodes we will witness, Didiji will plan against Kunal and will trap him in Canada. Kunal will be arrested by Canadian police for damaging public properties. In the meantime she will send Nikhil’s sister Anu as wedding planner to Gill’s house to spy on Seher. She will plan to get Seher married to Rajveer at any cost. Seher will find out that the guy who saved her is Cm’s brother but is not aware that it’s Rajveer. Later, Seher will learn about Kunal’s arrest while Kunal will struggle to catch the next flight. On the other hand, Didiji will plan to kill Kunal in order to get Seher married to Rajveer.

Will Kunal and Seher gets united? Will Seher realize Rajveer’s love for her? Will Rajveer learn about his sister’s cruel face?

To know what will happen next in your favourite show Choti Sardarni, stay tuned to this space