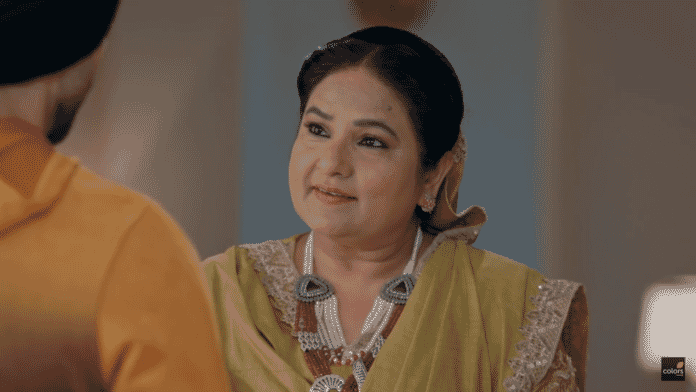 Colors TV popular show Choti Sardarni is gearing up for some high voltage drama . The show now focuses on Sarab and Meher’s children Seher, Param and Karan who are grown up after the leap. Earlier it’s seen that Seher was happy to meet Rajveer back but got extremely shocked upon knowing that he’s Cm’s brother. Now it will be seen that Didiji will plan for Seher and Rajveer engagement while they both will check CCTV footage to find Kunal.

Previously we have seen that, Karan and Param was happy that Seher took the right decision. However they asked him to reject Rajveer in case if she doesn’t like him. Seher recalled Rajveer saving her during factory explosion and believed that he’s good. She waited for the evidence to prove Kunal innocent so that she could explain Didiji later. Didiji on the other hand just postponed the case against Seher’s brothers instead of completely getting over with it. Seher met with Rajveer and was extremely happy seeing him there. However she was taken aback upon knowing that Rajveer is Didiji’s brother.

In the future episodes we will witness, Rajveer and Seher will plan to act like agreeing for the marriage so that they could get time to find Kunal. Kunal will get falsely alarmed that it’s Gill family who kidnapped him as they don’t want him to marry Seher. Rajveer will question Didiji about the difference in the immigration list and Kunal’s passport and Didiji will get scared of getting exposed. She will decide to perform Seher and Rajveer’s engagement the next day in order to stop Seher from reaching Kunal. On the other hand, Rajveer and Seher will check airport’s CCTV footage in order to find Kunal in it.