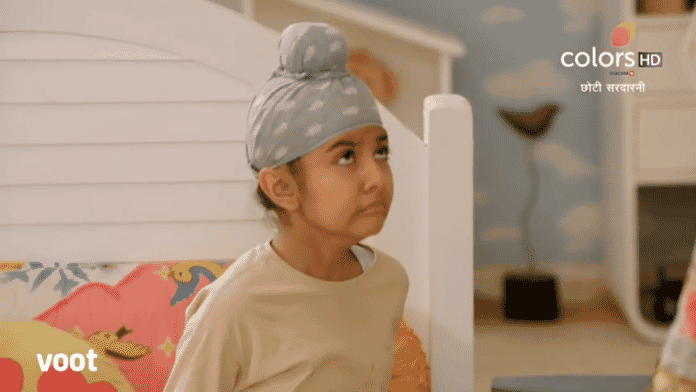 Colors TV popular show Choti Sardarni is gearing up for some high voltage drama . The show now focuses on Sarab, Meher and their children. Earlier it’s seen that Sarab was heartbroken with Karan’s behaviour and took him to psychiatrist. Now it will be seen that Amrit will electrocute Karan and will pin the blame on him when he accuses her.

In the past episodes we have seen that, Karan hurted Sarab and said that he’s not his father. He  behaved rudely with Sarab and Amrit  provoked him more. He misbehaved with Amrit too who ill treated him and Meher. Sarab took Karan to a psychiatrist who said that Karan was on trauma. However, Daarji  came there and took Karan with him saying that he would make him understand.

In the future episodes we will witness, Daarji will test Karan’s love for Seher and Param by risking their lives. Karan will immediately save him proving his love for them. However Meher and Sarab will still decide to consult psychiatrist as its just a temporary solution. Amrit will pass electric current in the swimming pool and Param will get electrocuted. Karan will see it and will inform to others but Amrit will lie that its Karan who did it and is pinning it on her. Daarji will trust Amrit over Karan angering the latter. Later, Karan will run away from home being dejected.

Will Sarab and Meher expose Amrit’s lie? Will Daarji too blame Karan but believing Amrit?