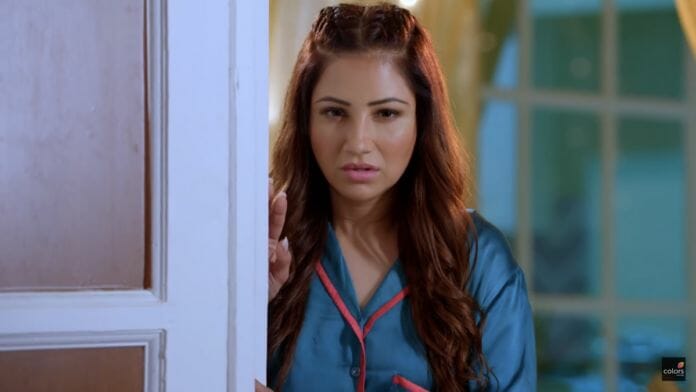 Colors TV popular show Choti Sardarni is currently showcasing the entry of Kushi in Seher and Rajveer’s love story. Earlier its seen that Robbie got drunk and was about to say the truth. Now it will be seen that Kushi will plan to stop Seher and Rajveer from leaving.

Previously we have seen that, Rajveer learnt about Didiji naming the mansion on Seher’s name and had quit from all her business. Seher was hesitant to move back to Babbar mansion as Choti Sardarni as she had bad memories attached to it. Rajveer left it to Seher’s choice. Kulwant made Seher understand the duties of her title and Seher agreed to move back. Kushi made Kulwant on her side making her promise to get her united with Prince’s father. Harleen was worried for Seher and Kushi’s future. Karan tried making Param understand about Devika but he didn’t. He decided to take hell from Seher. Seher informed the family about moving back to Babbar mansion shocking Kushi.

In the future episodes we will witness, Seher will take her leave from the family. Kushi will think of a way to stop them from moving out. The kids will plead Rajveer to not leave them.

Will Rajveer and Seher move out? Will Kushi separate Seher and Rajveer? Is Rajveer the father of Kushi’s child?