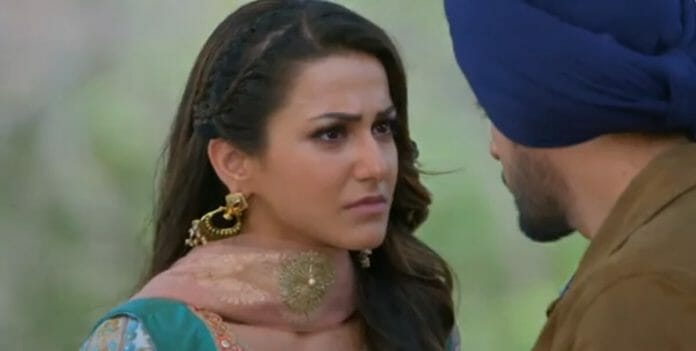 Colors TV popular show Choti Sardarni is currently showcasing Mannat’s efforts to win Jeeto and Family’s heart and her love hate relationship with Zoravar. Earlier its seen that Zoravar kidnapped Mannat. Now it will be seen that Mannat to learn about Zoravar’s past.

Previously we have seen that, Zoravar celebrated the opening of his new company when Kulwant came there in horse. She confronted Zoravar about forcing the ladies to work in machine and even buying Baweja’s company. Dolly supportted Zoravar and blamed Mannat for hindering his work. As the argument deepens, Zoravar got angry at Kulwant with the mention of his father and insultes Kulwant.

Dolly confronted Mannat for the mishap but Mannat again misunderstood Zoravar. Bittu held Mannat when she’s about to fall and Jeeto cursed Mannat. Angry Bittu slapped Jeeto and Jeeto’s hatred for Mannat deepened. Mannat in order to teach a lesson to Zoravar stole his father’s details and invited him for the factory inauguration.

Zoravar credited his mother for his success and unveiled her portrait only to witness his father Inderpal’s portrait instead of his mother’s present there. Angry Zoravar broke the portrait and found Mannat on road. He forcefully kidnapped her for her act.

In the future episodes we will witness, Zoravar will angrily confront Mannat who will reveal that she did all that to extract revenge from him for insulting Kulwant. Zoravar will share about his painful childhood where he lost his mother during his birth while his father hated him for not fulfilling his expectations. He will reveal about his mother’s dream to open the factory and give the ladies handmade work to foreign clients. Mannat will wonder if she misunderstood about Zoravar. Dolly and Kulwant will fight with each other supporting Zoravar and Mannat respectively. They will blame each other for their disappearance. Jeeto’s mother will send goons to kill Mannat.

Will family accept Mannat as Bittu’s daughter ? How will Kulwant helps Mannat? Will Mannat and Zoravar get over their hatred?