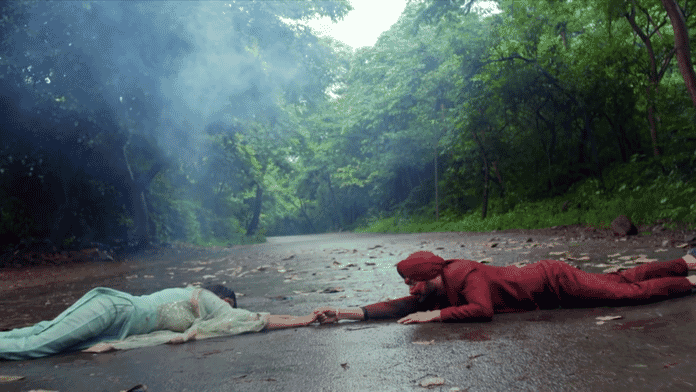 Colors TV popular show Choti Sardarni is gearing up for some high voltage drama . The show now focuses on Sarab, Meher and their children. Earlier it’s seen that Meher had an emotional reunion with her father and brought Kulwant home citing his mental condition. Now it will be seen that Sarab and Meher will meet with an accident and will breathe their last.

Previously we have seen that, Trilochan was brought by soldiers and Meher got emotional seeing him. She and Sarab hugged and took him home. However he did not respond to anyone and keptasking for Kulwant.

Meher left to Kulwant’s home and sharedthe good news about her father being alive. Kulwant was extremely happy and immediately rushed to meet her husband but got promise from Meher to not reveal her evil deeds to Trilochan. Meher agreed on a condition that she would change for good. Later Kulwant met with Trilochan.

In the future episodes we will witness, Trilochan health will detoriate but Sarab and Meher will save him. Later Kulwant will forget her enmity with Meher and will reconcile as she saved Trilochan.
Meher and Sarab will decide to celebrate Family day as everyone got reunited forgetting all the differences. Meher and Sarab will be on their way to orphanage when they will meet with a fatal accident.

Meher will take promise from her kids to stay united forever and will breathe her last along with Sarab. Gill and Dhillon family will mourn Sarab and Meher’s death and the show will soon take a leap.

Will the children stay united after their parents demise? What will happen to Gill family after Meher and Sarab’s death?