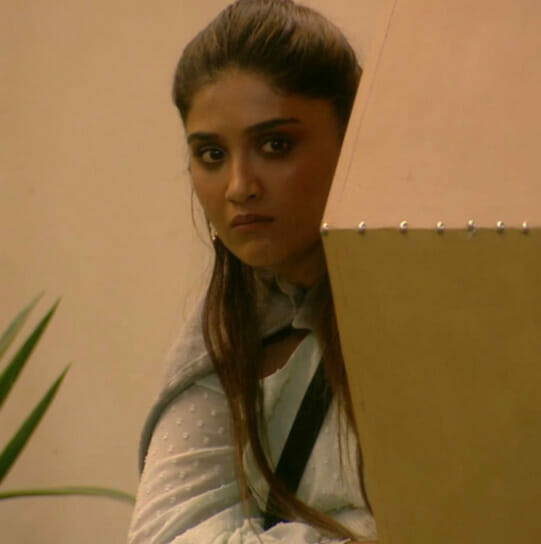 The episode starts with the morning Bigg Boss anthem and then like daily Archana is showing all her tantrums. While Archana was not performing her duties, the captain of the house Sajid tells housemates to suggest him punishment for Archana. Priyanka says to tell her if you don’t wake up and perform her duties, she won’t get food. While, Nimrit says no, you should decide yourself as you are the king of this house.

She always has her own strong opinion and she has been vocal about this every time. Later on, Bigg Boss tells inmates about a new task. The task is about Sajid’s captaincy. Housemates are divided into 2 groups – Sajid’s favourite and non-favourite. The task starts, in the first round, non-favourites were asked to kill Nimrit by forcing her to change her clothes twice. As Nimrit always participates in the task and uses all her brain, she got the hint and won the round.

Meanwhile, a huge fight between Shalin and MC Stan over Tina shook the house. The fight got out of control and they seemed to shove each other around. But Nimrit was trying really hard to be present for both of her friends. She was really hard to stop Mc and also her caring nature came out for Tina because she got hurt. That proves she has a heart of gold.