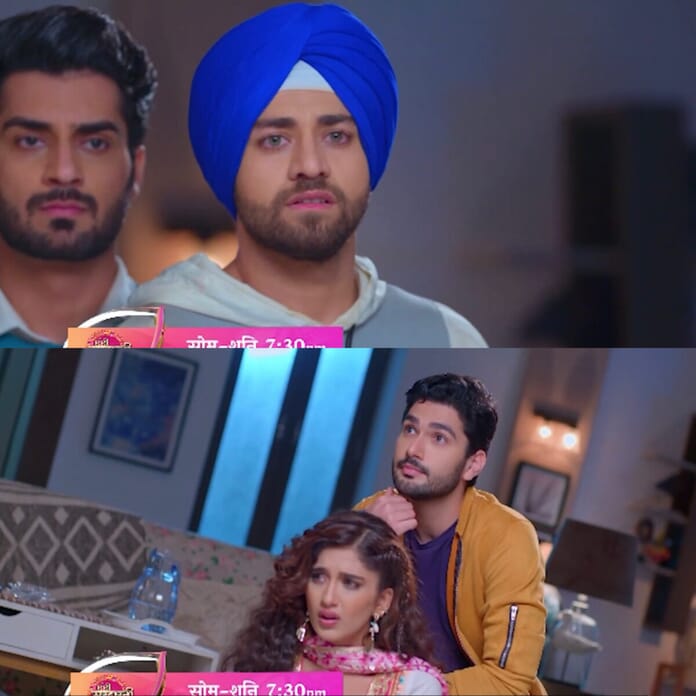 Colors TV popular show Choti Sardarni is gearing up for some high voltage drama . The show now focuses on Sarab, Meher and their children. Earlier it’s seen that Rajveer hot heartbroken on Seeing Seher accept Kunal proposal. Now it will be seen that Rajveer will help Seher to unite with Kunal while his sister will plan to separate them.

Previously we have seen that, Seher and Rajveer went to skydiving unaware that Rajveer had acrophobia. Seher scolded Rajveer for not saying it before hand when Rajveer said that he would die for her friendship. Seher got overwhelmed. On the other hand, Rajveer planned to propose Seher in a grand way while his sister would be on her way to meet Seher’s family. However as a twist it would be seen that Kunal confessed his love to Seher and Seher happily accepted it. Rajveer would be heartbroken upon seeing it and his sister returned without meeting Seher’s family. Later, Seher scolded Karan and Param for making Tricky cry.

In the future episodes we will witness, Seher will introduce Kunal to Rajveer and Rajveer will hide his pain for Seher’s happiness. Rajveer will decide to move to India. Karan and Param has found a groom for Seher and Kunal will advice Seher to not reveal their love to them. He will ask her to let them come to Canada and then she can inform about her love as it’s her long term dream to see them travel together. Seher will share the news with Rajveer and he will assure her to make her brother’s like Kunal. Nikhil will inform it to Rajveer’s sister who will decide to do the opposite and make sure Seher’s brother dislikes Kunal. She will plan a attack on them.

Who will Seher end up with? Rajveer or Kunal? Will Param and Karan gets united?