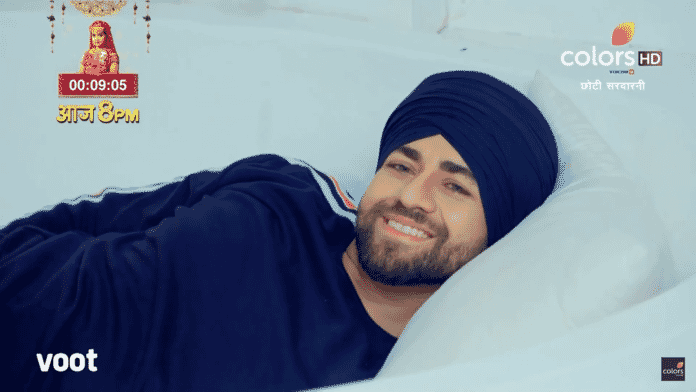 Colors TV popular show Choti Sardarni is gearing up for some high voltage drama . The show now focuses on Sarab and Meher’s children Seher, Param and Karan who are grown up after the leap. Earlier it’s seen that Seher and Rajveer stayed friends in one room. Now it will be seen that Rajveer will have a hard time with Seher as she will fall sick due to Didiji’s plan.

Previously we have seen that, Didiji broke Seher’s mobile before Kunal’s message was passed to her. Seher performed bidaai and got tearful. Didiji believed that both Rajveer and Seher brought back her dead child to her. Seher was uncomfortable during her grahpravesh and Rajveer took care of her. He took Seher’s side and stood by her. Masiji noticed Seher’s sad face and asked if Seher’s marriage was forced. On the other hand, Nikhil thought that Kunal was dead and asked the goons to throw away his body. Seher and Rajveer stayed in one room and behaved like friends. Didiji and Mausiji made various plans to unite them.

In the future episodes we will witness, Rajveer will say Seher they would get divorce after all their commitments gets fulfilled. Later Mausiji will gift a sexy night gown after spoiling all her dresses. Rajveer will help an uncomfortable Seher by gifting his kurta to her. They both have nok jhok. Seher will fall sick due to Didiji’s plan and doctor will advise both Seher and Rajveer to quarantine themselves together as they contracted the virus. On the other hand, Both Karan and Param will be interested in Anu but Anu will like only Param. Rajveer will inform about Seher’s condition to Param and Karan.

What is Harshdeep’s hidden motive behind the marriage? Will Seher accept Rajveer? Is Kunal really dead?