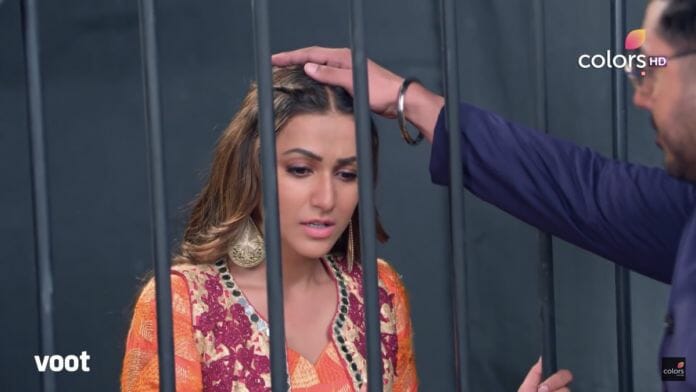 Colors TV popular show Choti Sardarni is currently showcasing the entry of Seher’s long lost cousin sister Mannat. Earlier its seen that Mannat learned her birth truth. Now it will be seen that Rajveer will save Mannat.

Previously we have seen that, Mannat reached Kulwant’s House after Bittu saved her from Police station. Mannat was surprised seeing the big house of her extended family and got haooy. She hid and watched Prince and Bittu’s son studying and admired them. She got shocked knowing Bittu is her father and felt emotional. However her happiness was short lived as she witnessed Bittu happy with his family. She decided to not interrupt their happiness and left the place. A crying Mannat met with an accident as she was lost in her thoughts. On the other hand, Kulwant and Seher were on their way to find Harnoor and Mannat.

In the future episodes we will witness, Rajveer will save Mannat after she gets unconscious in the accident. Seher will bring unconscious Mannat home. Mannat after getting conscious asks where she is. Seher will introduce her family to Mannat and Mannat will get emotional seeing Bittu.

Will Seher learns Mannat is Bittu’s daughter ? Will Mannat stay with her family? Will Mannat and Zoravar get over their hatred?