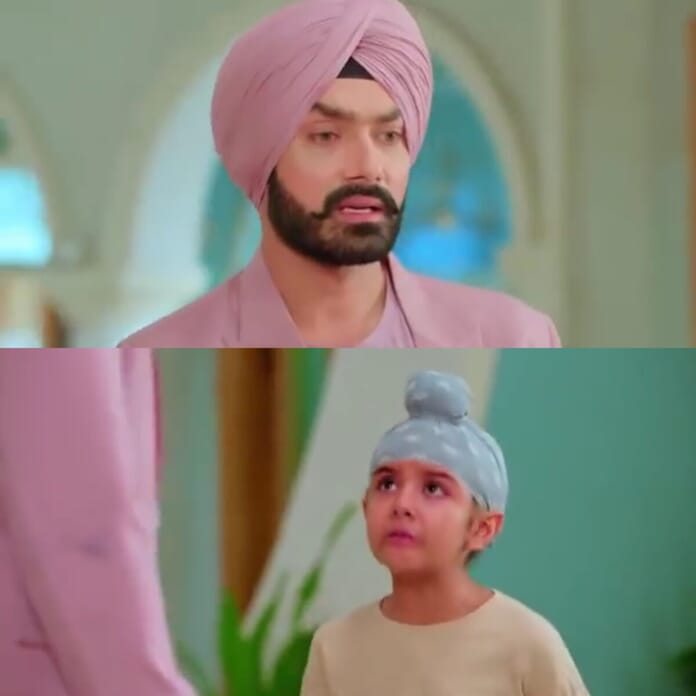 Earlier it’s seen that Karan kept a distance from Sarab, Meher and Karan owing to Kulwant’s words. Now it will be seen that Karan will hurt Sarab a lot with his actions while Sarab will  consult a psychiatrist.

Previously we have seen that, Kulwant sent a maid Geeta to Gill mansion to keep Karan under her control. She continued provoking Karan against Sarab, Param and Seher and said that he’s not Sarab’s child. Karan stopped interacting with Param and Seher making the latter two sad. He kept Sarab far away from him and got angry on Meher for leaving him and treating a sick Param. Geeta  provoked Karan more on Kulwant’s saying.

In the future episodes we will witness, Karan will hurt Sarab and will say that he’s not his father. He will behave rudely with Sarab and Amrit will provoke him more. He will misbehave with Amrit too who ill treats him and Meher. Sarab will take Karan to a psychiatrist who will say that Karan is on trauma. However, Daarji will come there and take Karan with him saying that he will make him understand.

Will Sarab clear the doubts in Karan’s mind? Will Meher handle the troubles thrown by Amrit?