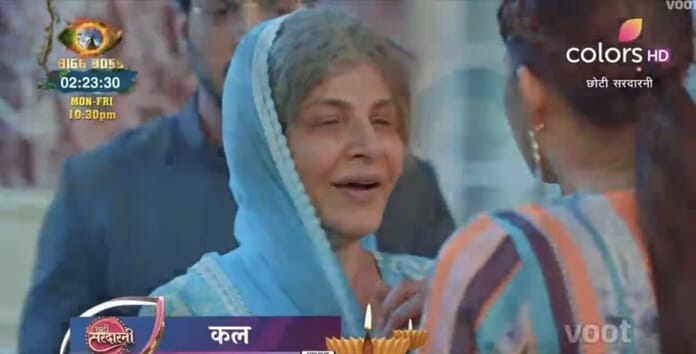 Colors TV popular show Choti Sardarni is gearing up for some high voltage drama . The show now focuses on Sarab and Meher’s children Seher, Param and Karan who are grown up after the leap. Earlier it’s seen that Seher and Rajveer planned to confess their love while Badi B brought Kulwant in their lives. Now it will be seen that Seher and Kulwant will meet up while Didiji will get shocked seeing Kulwant.

Previously we have seen that, Seher will sent signs to Rajveer about her interest towards him. Though Rajveer could sense it he’s afraid to confess his feelings to Seher. Seher on the other hand decided to propose Rajveer herself during his birthday party. Rajveer visited temple to find a solution for his confusion where he spotted Karan and Param. They both narrated Sarab and Meher’s love story to Rajveer which gave him confidence to propose to Seher. In the meantime Badi B brought Kulwant in Seher’s life to save her from Didiji.

In the future episodes we will witness, Didiji will take Doctor’s help and will sedate Rajveer and Seher. They both will get intimate due to the inner feelings for each other under the effect of drugs. However the next day they will not remember anything that happened and will not know that something happened between them. On the other hand, Kulwant will escape from mental asylum and will reach Seher’s House. Seher will be happy and emotional seeing Kulwant while Didiji will be shocked recognising her.