Earlier it’s seen that Meher was keen to find out Sarab’s culprit while Harleen and Dolly created differences between the brothers. Now it will be seen that Meher will try to find the culprit using CCTV footage and also will notice Karan’s wound.

Previously we have seen that, Meher was keen to find out the culprit who did Sarab’s accident. Sarab asked her to let it go but Meher stood firm in her decision. Meher and Sarab spent some quality time together. Harleen and Dolly plotted to create differences between Karan and Param while Seher did the opposite.

Harleen and Dolly wanted to show Karan his place in the house. On the other hand, Kulwant who was the real culprit of the accident tried to divert Meher’s mind from the accident.
In the future episodes we will witness, Meher will be investigating about the culprit but Kulwant will divert her mind when Karan calls her. Karan will be about to say about Param hitting him but Seher will lie to Meher. She will explain Karan about the consequences and Karan will agree.

Soon Param himself will apologize Karan for hitting him and they all will reunite. Meher notices CCTV footage near the accident spot but Kulwant will cut off the power supply before Meher could leave for her wedding. She will ask shopkeeper to call her if he finds the culprit. On the other hand, Karan, Seher and Param will wear glasses to escape from their parents eye but Meher will catch Karan’s eye injury.

Later, the shopkeeper will call Meher saying that he found the culprit face.
Will Meher find out that Kulwant is the culprit? Will Sarab and Meher learn about Harleen and Dolly’s ugly face?
All these questions will be answered in the upcoming episodes. 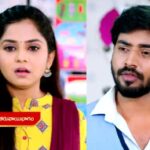 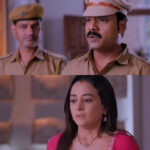