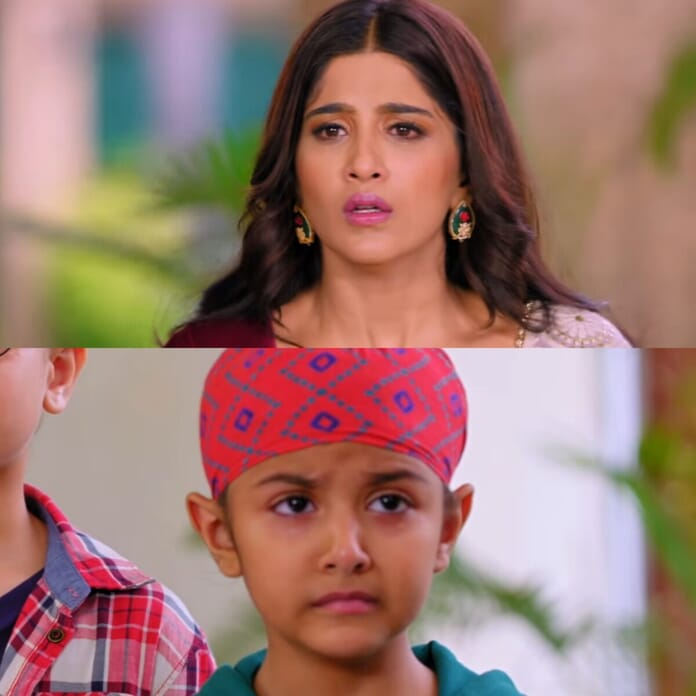 Colors TV popular show Choti Sardarni is gearing up for some high voltage drama. The show now focuses on Sarab, Meher and their children. Earlier it’s seen that Amrit learnt the truth about Karan and had gone against Daarji. Now it will be seen that Amrit will decide to reveal the truth to Karan scaring Meher and Sarab.

Previously we have seen that Meher and Sarab confessed the truth to Daarji and he was shocked to the core. He refused to accept Karan and Meher while Sarab felt helpless. On the other hand, Dolly revealed Karan’s truth to Amrit and she was furious too.

Daarji tested Karan, Param and Seher’s love for each other and accepted Karan but Amrit was against it. She decided to leave the family as Daarji accepted Meher and Karan. Daarji was upset over this but Meher assured that she would bring back Amrit to the family no matter what.

In the future episodes we will witness, Amrit will burn Karan’s school project of family tree. She will say that she is not his great grandmother. Everyone will be shocked over her behaviour while Daarji will scold her for her actions. This will infuriate Amrit more and will threaten Meher and Sarab to reveal the truth to Karan. Meher will console a crying Karan and they will re do the project and will include Amrit in the family too using a trick.

Daarji will be happy for Karan but Amrit will say Daarji that he has changed as he started liking lies too. She will ask Sarab if Karan will accept him once he gets to know the truth. Meher and Sarab will get scared thinking about it. Later Meher will herself decide to reveal the truth to Karan.

Will Meher say the truth to Karan?
Will Meher manage to convince Amrit?
All these questions will be answered in the upcoming episodes.
To know what will happen next in your favourite show Choti Sardarni, stay tuned to this space.