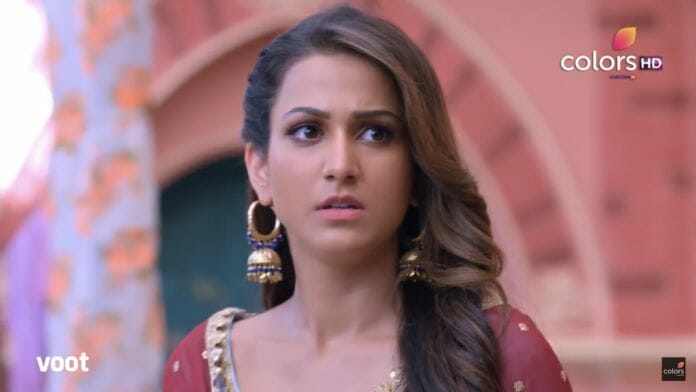 Colors TV popular show Choti Sardarni is currently showcasing the entry of Seher’s long lost cousin sister Mannat. Earlier its seen that Mannat’s sets her mission to win Jeeto’s heart. Now it will be seen that Seher will reveal that Mannat is Bittu’s daughter.

Previously we have seen that, Zoravar found out that Mannat is Bittu’s daughter but Mannat pleaded him to not reveal it to anyone. She also told that she was Manpreet here and Zoravar promised to keep her secret. On the other hand, Ginni and Jeeto discuss about a prospective groom for Manpreet and Kulwant got angry. Seher suspected Mannat to bye Manpreet and did a testing. She introduced a fake Mannat to Kulwant calling that she was Mannat. Kulwant stopped the girl and revealed that Manpreet was Mannat. Seher and Mannat reconciled. Mannat forced the women to work for another man who would pay them better than Zoravar. Zoravar clashed with Mannat again.

In the future episodes we will witness, Seher will say that Manpreet is Mannat and also will reveal that she’s Bittu’s daughter shocking everyone.