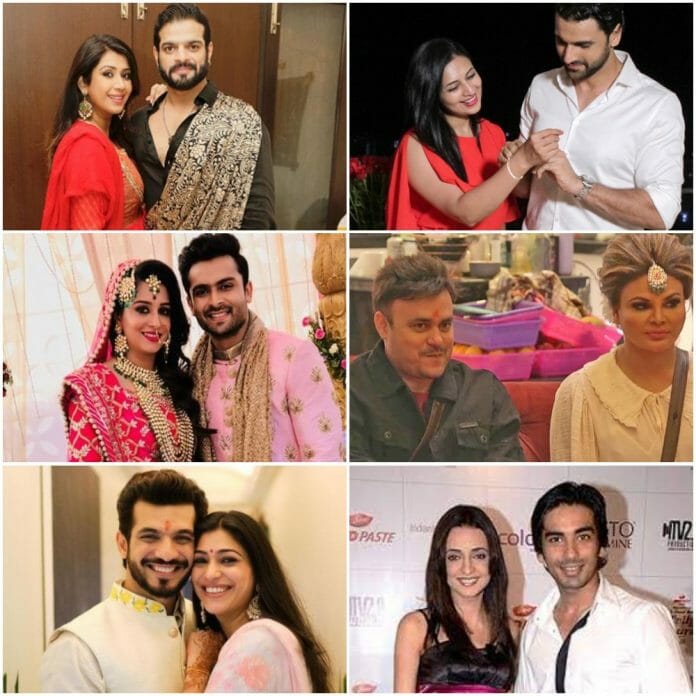 Fans are eagerly waiting for Star Plus upcoming show ‘Smart Jodi’. The promo of the show has received positive response. The reality show will feature real life couple. So far two jodi’s name is out. Fans are excited for their entry in the show.

Indian entertainer Rahul Mahajan is all set to mark his presence in Star Plus reality show ‘Smart Jodi’ along with spouse Natalya Ilina. The promo starring the couple is out. In the promo Rahul introduces his Russian wife Natalya. He says love knows no language. Mahajan and Natalya becomes the first ‘smart jodi’.

Another smart Jodi is Neil Bhatt and Aishwarya Sharma. Duo last year tied the knot with each other. Neil and Aishawarya met on the set of Ghum Hai Kisikey Pyaar Mein. Duo fallen in love with each other. This real life couple will grace smart Jodi. The promo starring the duo is out too. Fans found them adorable. Co-star Ayesha Singh too promoted the couple in the promo. Tell us if you all are excited to watch Bhatt couple in ‘Smart Jodi’.

Well, both the couples surely going to rule the show. Here we bring few more couple suggestion who will be entertaining to watch if they make their appearance in the show.

TV entertainer and queen Rakhi recently marked her presence in Bigg Boss 15 along with her husband Ritesh. Thei Jodi entertained the fans and it would be entertaining if they appears on Smart Jodi as well.

We suggest if Divyanka and Vivek. They both are power couple and looks adorable. Their Jodi has a separate fan base. They can surely rule the reality. In the past, they together won Nach Baliye 8, a dance reality show.

TV another real life couple, Karan and Ankita has audience heart. The gorgeous couple together marked the presence in the reality shows like ‘Nach Baliye 3’ and ‘Jhalak Dhiklaja 6’. Karan and Ankita can be another smart couple.

Dipika and Shoaib compliments each other the best. They together impressed the audience in Nach Baliye season 8. If comes in ‘smart jodi’, they will rock hearts again.

TV romantic couple Sanaya and Mohit are missing from the screen from so long. Together they bring the best entertainment. We suggest MoNAYa name for Smart Jodi.

Last but not the least; Arjun and Neha will be right choice for the smart Jodi too. Together they have blessed the screen in dance reality show ‘Jhalak Dhikla Jaa’. Them making an appearance again will treat for their fans.

Which couple you want to see in ‘Smart Jodi’? Shoot your suggestions!