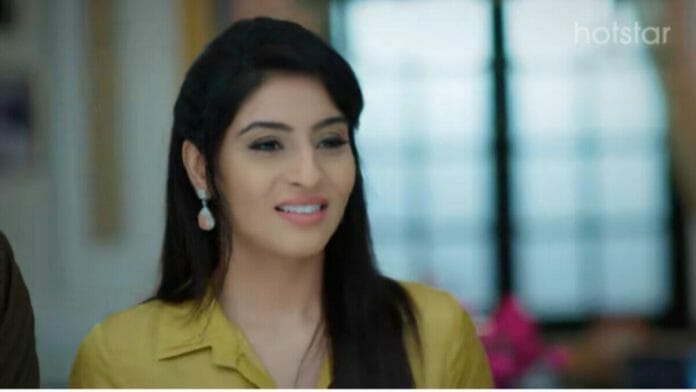 In today’s episode, Kavya informs Vanraj that Pakhi will stay with them until wedding. Vanraj stands stunned. He asks Kavya if Pakhi’s marriage is taking place at their house. Kavya tells to Vanrj about Pakhi’s wedding plan. Vanraj says he needs to walk out from the house if Pakhi is coming. Kavya tries to convince Vanraj to be with Pakhi on his big day.

Adhik tries to convince Pakhi to go to Shah house. Pakhi gets offended. Barkha interrupts and tells to Adhik and Pakhi that she can’t miss her brother wedding. She says Adhik is like a son to her. Barkha shows necklace to Pakhi and says she got them for Adhik’s wife but her wedding is taking place at Shah house.

In the upcoming episode, Pakhi will demand for designer lehenga. Barkha will suggest for 25 lacs piece. Devika will make her entry to fulfill Pakhi’s demand in Shahs budget.

How will Barkha react on Devika’s return will be interesting to watch.