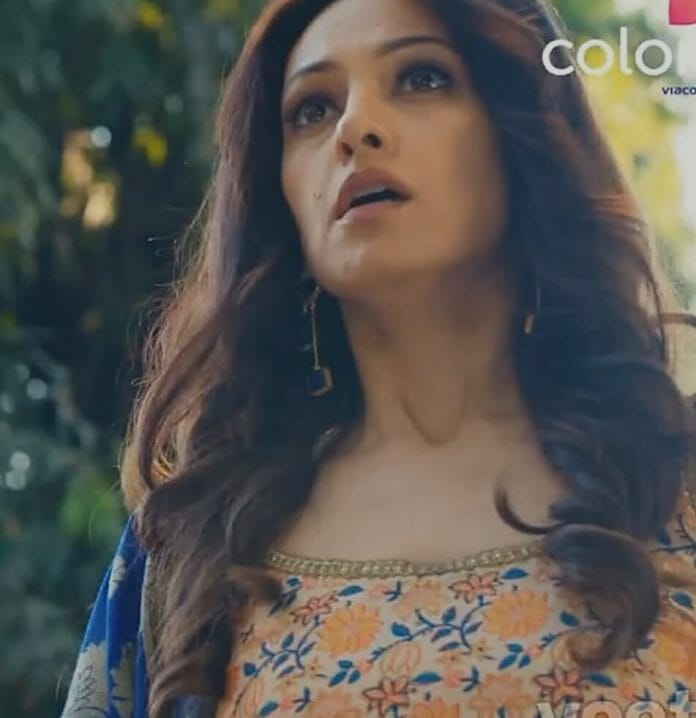 In the previous episode, Tempo driver informed Raghu about police. Raghu asked him to leave the tempo and go away. Thakur called Raghu. He informed him about the police. Thakur ordered him to not get caught by police and bring Keerti infront of him. Ravi gave threats to everyone that he would not spare anyone if anything bad happens to Keerti.

He tried to go inside and search for Keerti. Home minister ordered police to stop Ravi. Pratiksha requested everyone to leave Ravi and let him search Keerti. Police agreed to co operate with Ravi. Pratiksha tried to tell him correct directions to search. Ravi asked her to not pretend as if she cared for Pratiksha.

Police found Kinjal behind the cupboard. Ravi wondered about Keerti’s whereabouts. Raghu drove the tempo with Keerti and his man. Raghu called Thakur. Thakur ordered him to kill Keerti by dropping the tempo from a cliff. He said that Keerti had to die to give them safe passage.

Kavya complained to Ravi’s sister that Keerti need weird attention everytime. She thought that both Ravi and Keerti would return home after getting engaged. Ravi guessed right about what happened to Kinjal.

Kinjal gained consciousness and said that Ravi was right. Keerti planned to jump from the tempo to get rid of Raghu and save herself.