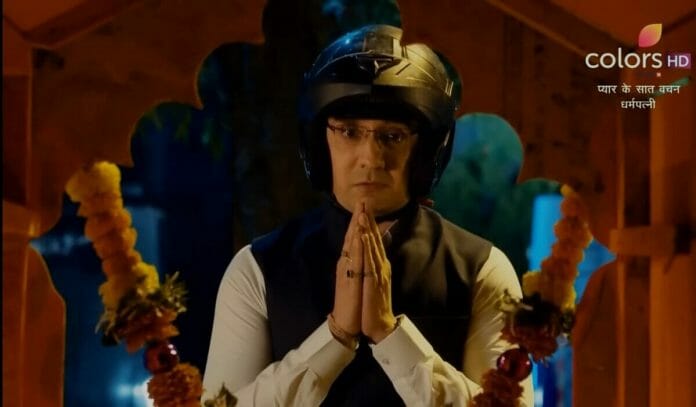 In the previous episode, Hansa reaches city hospital with Kinjal and Parul. Hansa curses the person who is responsible for the accident. Malhar plans to kill Pratik in order to save himself. Gulshan puts pressure on inspector to torture Pratiksha using Vimala. Pratiksha feels restless and prays for the safety of her family.

Doctor informs Hansa that Pratik is out of danger but has to stay under observation for two more days. Malhar sends Hansa home. Thakur orders him to kill Pratik anyhow. Mandeep asks Maanvi to meet to discuss over an important topic.

Vimala put a water pipe in Pratiksha’s cell while she sleeps. Pratiksha wakes up and sees that her cell is filled with water. She asks inspector to take her complain against Vimala. Inspector refuses. Pratiksha forces him to change Vimala’s cell taking Commissioner’s name. Malhar appoints two ward boys to kill Pratik.

Pratik informs Malhar that he has seen the CCTV footage and calls Malhar guilty. He threatens to punish Malhar for killing Keerti and says that Pratiksha will give testimony against him as he forced her to drive that car.

In the upcoming episode, Ravi says that he will snatch Pratiksha’s happiness. Pratiksha says that she will fight back and take stand for herself. Pratik comes to the police station with lawyer for Pratiksha’s bail and calls Pratiksha innocent.