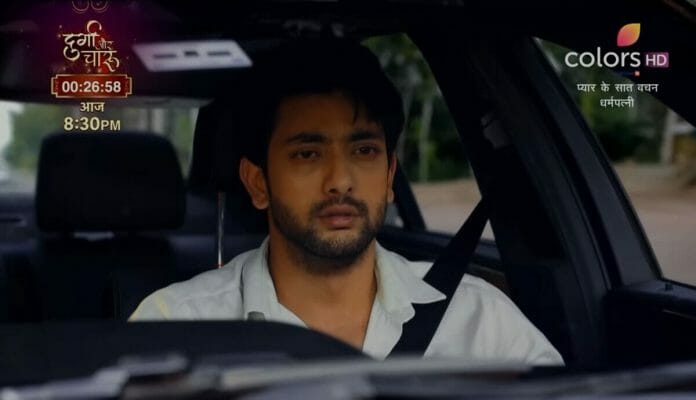 Colors TV’s recently launched show Dharam Patni is a rare love story of a simple sweet school teacher Pratiksha Parekh and a buisness tycoon Ravi Randhawa. Currently we are seeing that Pratik lashes out at Malhar for giving testimony against Pratiksha. Kavya insults Kinjal, Parul in the market.

Ravi tells his family that he wants to make Keerti’s monument. His grandmother asks his father to invest in Ravi’s buisness so that he can focus in work and forget Keerti.

He calls it a symbol of his love. Dolly calls him mad indirectly. Kavya meets Kinjal, Parul in market and harrase them. An unknown guy stops her from slapping Kinjal and Parul. Ravi’s mother worries for Ravi. Ravi’s grandmother reminds Ravi’s father about the fact that Ravi always wanted to do buisness of car and automobiles.

She asks her son to invest in Ravi’s buisness so that Ravi can concentrate in it and forget about Keerti eventually.

In the upcoming episode, Pratiksha says that she has seen Ravi’s unconditional love for Keerti. Ravi says that he will take revenge on Keerti’s murderer. Gulshan sends a prisoner in jail to threaten Pratiksha.