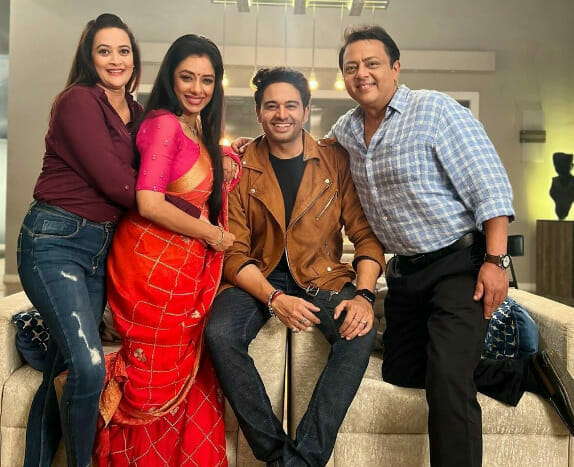 Rajan Shahi’s Anupama is gearing up for high voltage drama. Dheeraj will tell to Anuj about his divorce.

In today’s episode, Anupama serves dinner to Dheeraj and Anuj. Dheerja gets surprised hearing Anuj and Anupama’s love story. He demands Anupama to share her part of the story. Leela makes a call. Anupama and Anuj looks at each other. Dheeraj asks Anupama to take a call. Anupama decide to call back Shahs later. Leela says to Hasmuk that Anupama is throwing attitude when she wants to apologize. She further asks Vanraj why he let Samar go with Hasmuk.

Anupama, Anuj and Dheeraj spend time together. Dheeraj asks Anuj if he had any other best friend or not. Anupama gets shocked when Anuj mentioned former used to be his best friend. She further tells to Dheeraj how Anuj changed her life. Anupama fel bad for taking Anuj for granted. Anuj asks Anupama not to be sad. Anupama says everyone benefited Anuj’s good nature. She regrets hurting Anuj. Anupama breaks down in front of Dheeraj and Anuj.

Leela says Dimple can go back to her house. Dimple says to Leela that she can directly question her. She add Leela don’t like her. Leela claim Dimple is trying to enter the house. Samar defends Dimple.

Stay tuned for latest updates of your favorite TV serial.