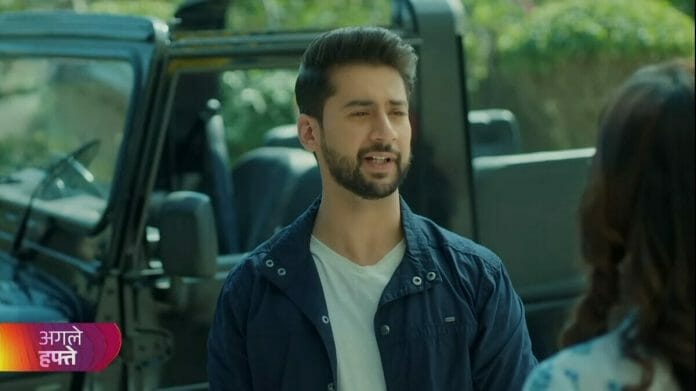 In previous episode Dilpreet breaks the water tank to vent out his frustration for Maan. Kushwant also taunts him as his son didn’t take care of his parents. Amrita can’t tolerate her father’s insult so she leaves the house angrily with her luggage. Ria tells Veer that Amrita created all the mess and he shouldn’t have stopped her from going.

Later Sanjot gets upset seeing the broken pieces of the tank and keeps it safely saying though man can break things but a woman can unite them. Veer decided to bring back Maan for Sanjot’s happiness. Randeep counsels Amrita and shares his own story after finding her running away.

He says karma doesn’t leave anyone and he also suffered a lot after leaving his house. He sees Amrita is barefoot so he buys sandals for her and she feels happy talking to him. Randeep and Nimrit enter the house and question Dilpreet what happened to them.

In future episode viewers will see Amrita drops her idea of leaving and Veer gets delighted to see her back. She says she will get back the land to prove her father innocent as Kushwant falsely accused him. Veer says he will prove Dilpreet innocent. He adds they both are in this together to defeat Kushwant.