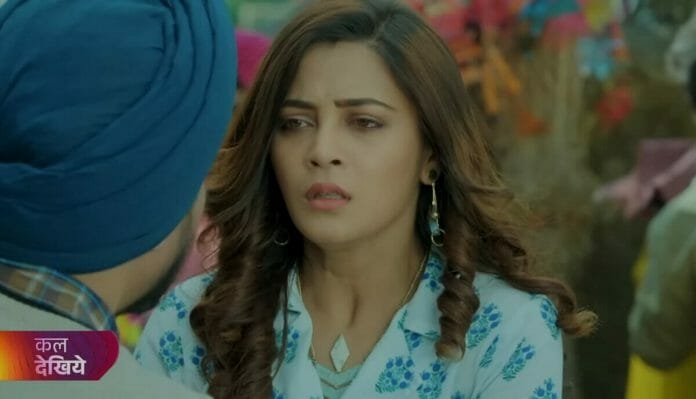 In previous episode Sanjot looks for Amrita in the house and Veer gets tensed thinking what to tell her. Amrita calls her grandmother and drinks tea with her. It surprises Veer. Later Kushwant comes to Dilpreet’s house and blame him for fooling the villagers with his NRI son.

Dilpreet refuses to accept the accusation and Veer gets shocked hearing Saini’s lie. He confesses that he is behind the land fake papers, Dilpreet is innocent but Kushwant proves it to everyone that Maan is sending dollars to Dilpreet and they are both culprits.

Kushwant blackens Maan’s poster with villagers. They push away Sanjot and the Dilpreet asks them to leave angrily. Amrita is shocked to witness that too.

In future episode viewers will see Veer will decide to unite Maan and Sanjot. There Amrita will bump into Randeep while running away from home. Kushwant will taunt Dilpreet for being left alone by his sons.