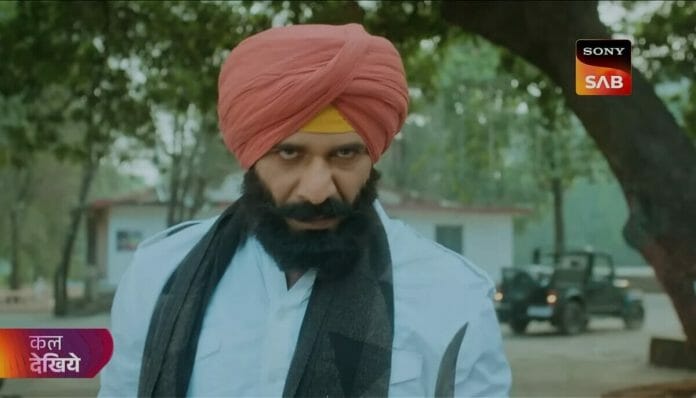 In previous episode Amrita helps Dilpreet pick up his phone. He blesses her. Mandeep hears Dilpreet’s voice on call and asks Amrita about it. Amrita makes excuse to Mandeep that she is not in India but she met Indian in Indonesia. There Veer shows the Government notice to Panchayat head about ownership of the land. He states the land belongs to Government for six months and noone can own it.

Nimrit advises Randeep to ask for money from Dilpreet but Randeep feels ashamed that he couldn’t achieve anything after leaving his home. He can’t face Dilpreet. Amrita shows faith in Dilpreet that he will win today. Kushwant humiliates him with his men and Ria takes a stand for her grandfather.

Veer appears and later it’s revealed that Kushwant won’t get the land as per the Government instructions. Kushwant gets angry hearing that. There Randeep gets seven days ultimatum from the moneylenders to pay the debt.

In future episode viewers will see Kushwant will try to attack Dilpreet and Amrita will save him. Kushwant’s face will dip into the cow dung. Veer will threaten him and Amrita will tell Dilpreet that her father is a doctor.

How will be Amrita’s experience in India?