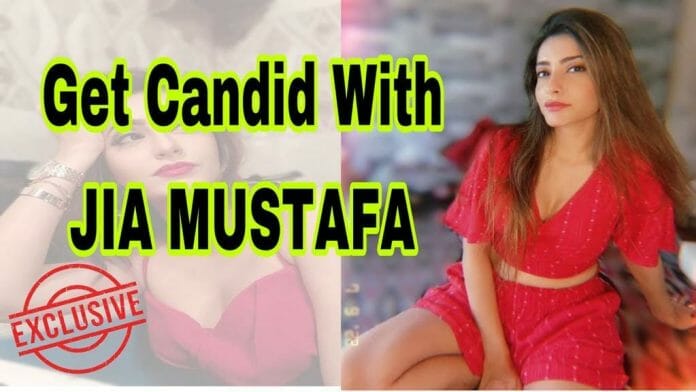 In an interview, Jia, who had done tube shows like Yeh Moh Moh Ke Dhaagey and Aashayein, spoke about working in the above film. She also dwelled on the different format of filmmaking used by director Vikram Bhatt.

Jia also accepted that she was disappointed that Judaa Hoke Bhi, written by Mahesh Bhatt, did not do well.
Jia, who is ready to do more TV shows, has one grouse: tube actors get typecast ” After Pavitra Rishta, I mostly get the negative roles, But this genre also gives me scope to act.”

She is also open to doing more web after Vikram Bhatt’s Bisat and would cross the bridge about going bold depending on the story and makers.

In closing, Jia informs us that she might do a second Punjabi film after Banjara, The Truck Driver “I am also ready to try out south flicks.”

Jia, we wish you all best for your future outings.