The episode begins with Rakshit is in the room and he freaks out to see how the sign is gone vanish from the mirror? He gets shocked and confused about the mark and gets restless when Romi comes in and asks him what is wrong? Rakshit goes out of the room without saying anything and comes to his own room.

Drishti who is actually a glass queen gets happy to see Rakshit there and she hugs him. Rakshit asks her how is she? She fakes to show concern that she doesn’t want Chetan to insist him to bring that temporal gem but still he did and is about to ask for it. Rakshit says I know and that is why I didn’t bring it. In between talks with Drishti Rakshit notices that the bite mark from her shoulder is gone.

Rakshit freaks out and thinks where is the mark and remembers he has seen the same mark on the mirror as well. He goes from there while real Drishti tries to give him hint again but fails as Pisachini comes there and washes off her message from the glass. She pushes Drishti hard and thinks what if Rakshit shares his worries with Divya? Both are enough intelligent and who knows they can get to know what is the truth? She thinks to do something while Drishti feels hopeless.

Rakshit is looking for Divya and finally comes to meet her in her room and is about to tell her everything when Pisachini comes there and says did you know where your father is? Divya tells Rakshit Chetan is with Mahima downstairs while Pishachini shows him a visual. They look for Chetan when the whole family gathers at the hall and freaks out on Chetan missing. Pishachini comes there and mocks them.

Enraged Rakshit brings his power and attacks her along with Divya and Romi. All of them applies their power together and made her speak the truth. Pishachini tricks them and goes vanish while Rakshit decides to go to find Chetan with Romi. Before going Rakshit gives away a magical knife to Shekhar and says if Pishachini attacks you all then it will help you.

Pishachini becomes happy to see her plan is working properly. She again comes to Drishti and tries to scare her by saying your husband Rakshit is gone now, prepare yourself to see the last of your family as one by one I will destroy every one of this family. Drishti says it is not happening but Pisachini laughs and goes away. She thinks to sends out a message to Divya but she is too messed up with household events.

Mahima is getting restless for thinking about Chetan when Drishti comes to her and says there is a message for you but you have to keep your mind strict for it and transforms herself into the glass and send her in glass world too. Here in the jungle Rakshit and Romi are searching for Chetan when they get him by locating Pishachini.

Rakshit and Pishachini engage in a fight where Rakshit spells her powers and Pishachini remains numb. She thinks what did Rakshit has which made her powerless? She thinks she will do things in the house what she can’t do in the jungle. Divya gets to listen to the voices of Mahima and Drishti after glass queen caught them in it. Glass queen creates a replica of all housemates and captures them in the glass world one by one.

Rakshit gets a call from Divya about abnormal activities in the house, he instructs Chetan to take Romi to hospital as he needs to be at home. Here Divya gets caught between all glass people around her unknowingly when glass queen asks Divya to bring the temporal gem and Divya agrees easily.

Rakshit comes home and sees his family is sitting together. He gets awkward to see them behaving so weird and he secretly tells Simran to go in her room and hides. Pisachini comes there and attacks Simran while the housemates chant Lord Shiva name from glass world.

Precap – Divya, Drishti and Glass Queen confront with each other. Pisachini says Kal Vijay Ratna is mine now. 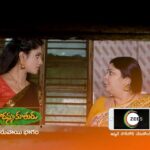 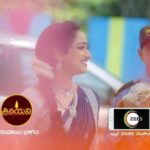 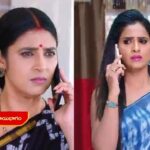 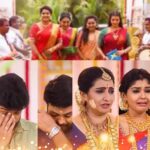 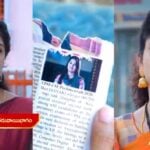 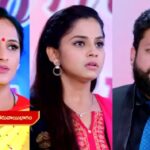 Guppedantha Manasu: Rishi denies to come to the function