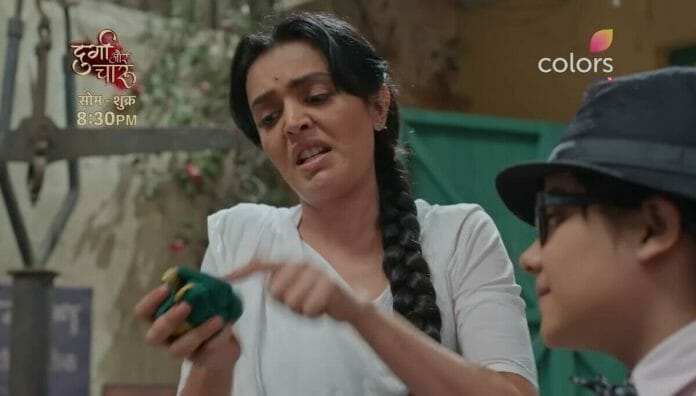 Now, Durga and Charu meets after 5 years and they gets close without knowing that they are sisters. Charu and Durga trying to find Baanke’s truth from Bholi so it will be interesting to watch that what going to happen in the future episode.

They learnt about Bholi and Polash’s partnership too. Sumona got angry seeing Bholi and Polash together. So Polash tried to convince Sumona. Chaturbhuj distracted Bholi and Durga searched original gold coins in Bholi’s room.

Bholi entered her room and saw that cupboard is opened. Sampurna came there and took gold coins from Bholi. Later, Chumki got scared seeing crowd and ran to her room. So Sampurna told Durga to donate but Durga refused.

Why Durga refused to donate? Will Bholi find out Charu and Chaturbhuj are same?