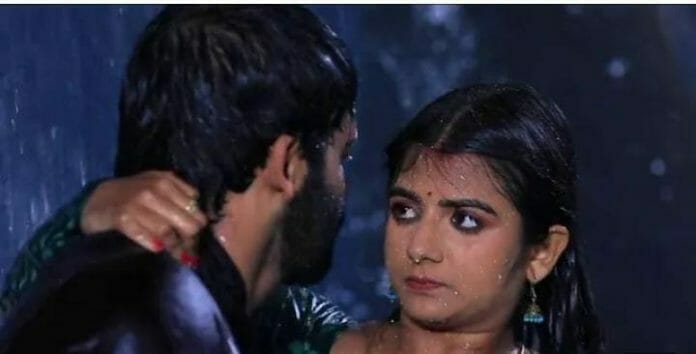 In the previous episode we saw; Servant informes Kavya that Parthiban missed her a lot. Kavya was happy to hear it. But she teased Parthiban for living in his dream land. Parthiban flirted with Kavya she pretended like angry with him.

Later, JK treated Aishu well and took her out. He gave hope to Aishu to marry her. She decided to confess the truth to everyone. Meanwhile, Kavya spent a quality time with Parthiban. Parvathy called Kavya but Parthiban attend it in excitement. Kavya managed to lie with her. Parvathy doubted her intentions.

In the upcoming episode viewers will see; Parthiban will take Kavya to near by water falls. Kavya to admire Parthiban. Both will spend a quality time with each other. Meanwhile, Ramachandran will get impressed by Parthiban’s project work. He will appreciate his hard-work.

In the upcoming episode viewers will see: Servant will inform Kavya that Parthiban missed her a lot. She will feel happy to hear it.