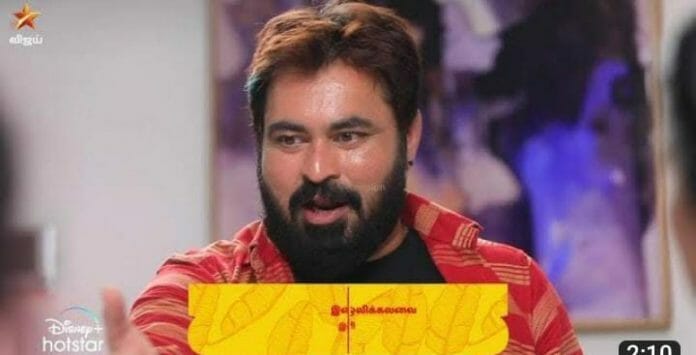 Eeramana Rojave 2 is famous Vijay’s show. Kavya and Jeeva’s love story takes a hit when destiny forces them to marry each other’s elder siblings. Now series focuses on JK will challenge Jeeva to prove his innocence

In the previous episode we saw; JK asked Devi to believe him. Aishu created a scene there to believe her. Devi supported Aishu going against JK. Arunachalam demanded JK to take responsibility for this incident. JK complained to them that Aishu proposed him but he rejected her love. That’s why she framed him like this.

Jeeva showed his anger on him. Arunachalam demanded JK to marry Aishu. Later, JK tried to explain his situation to Devi. She gave three days time to him to prove his innocence. Jeeva demanded JK to give his passport to him. JK challenged him to don’t leave him if he proves his innocence

JK will tell her that he isn’t fault here she framed him. He will prove it to everyone asap. Devi will come there and mock at Kavya. She will insult her for loved someone before marriage. She will challenge her to reveal her boyfriend identity to everyone asap. Parvathy will hear it and demand her to leave Parthiban