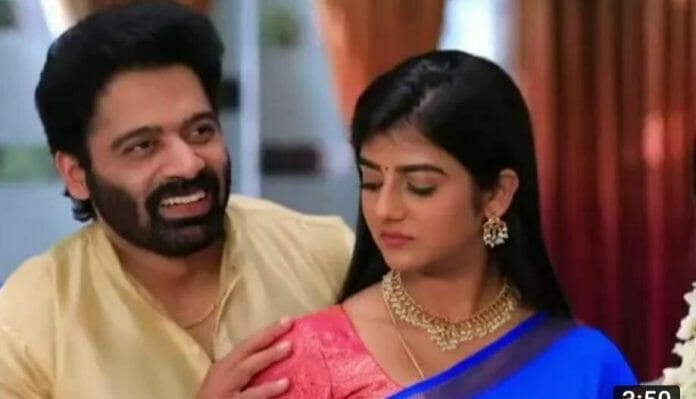 In the previous episode we saw; Devi served food to JK. Ramya appreciated his work. Priya came there to invite them to attend the Award Ceremony. Devi pushed away her gifts and lashed out at her. She complained to her that community people lost their mind.

That’s why they chose Priya as best social worker of Tamil Nadu. She added that she was a waste piece. She badmouth on her family members. Jeeva came there and said to her that she shouldn’t have invited them leaving her pride. She was giving respect to a wrong person.

He warned Devi to behave herself. He complained that his father treating her as his mom. But she was behaving worst. Later, Jeeva consoled Priya and appreciated her work. JK noticed the family members went out. He asked Ramya to go out with him but she denied it.

In the upcoming episode viewers will see; Priya will attend the Award Ceremony. Government will honor Priya with best social worker award. She will dedicate that award to her family members. Parthiban will discuss his future plan with Kavya.

Later, Parvathy will meet her friend and learn from her about her son’s death. She will reveal to her that her daughter in law eloped with her lover. Her son committed suicide in pain.