The episode starts with Jhanvi telling her mother-in-law Suman that may be they have made a mistake in understanding Kavya. That even she doesn’t expect Kavya to be like this. Jhanvi advised that we should move on and accept the truth now. PK comes and informs her that Kavya is still in the house as Kabir stopped her from leaving. Kabir also comes there.

There is a full flashback of how Kabir stopped Kavya from leaving. Kabir also comes there and Jhanvi told him that she is happy that he stopa Kavya from leaving the mittal house. Kabir told he doesn’t want Kavya to leave without tarnishing the allegation on her. Jhanvi smiles and asks about Kavya.

Kavya is in the temple of the house where she is praying to get a clue to prove her innocence. Jhanvi comes and hugs Kavya. Kavya gets happy seeing her and she told her that she needs her help to clean her name. Kavya says I am agreeing with Kabir words that I shouldn’t go without cleaning my image.
In the night, Kavya gets up and sees Kabir is sitting and thinking about something. She asks him why he doesn’t sleep yet.

Kabir shares that once his family used to be a hub of happiness including PK Mittal. However, things have changed drastically post Dhruv’s marriage.

Kavya raised an indirect doubt on Jhanvi but Kabir cuts her in middle and says never ever even for sake don’t doubt Jhanvi Bhabi. She tries a lot to keep the people of the house happy and together but seems everyone’s mind is maligned now. I have hardly seen a person with a beautiful mind like Jhanvi bhabi.

Kavya keeps mum. Kabir tells Kavya don’t worry we will find out who is behind all these. Kabir says why we will? we will do this right now. Let us go to dad’s study and check the footage in laptop.

Here Jhanvi enters in PK study and tries to locate the position of the camera. Other side, Kabir and Jhanvi are descending the stairs. Jhanvi cuts the wire of CCTV and opens laptop to delete the footage. Kabir and Kavya is proceeding towards PK study.

Kabir holds the handle and opened it and Jhanvi gets alert with the door sound. They entered the study together and finds the laptop but didn’t notice Jhanvi. Kabir says the laptop is hot as if someone used it just now. He tries to find the footage but didn’t get it. Jhanvi monologue, “Thank god I deleted the footage on time, I was so nervous that didn’t even make sure that I am deleting the correct clip.

Kabir tells Kavya not to tell anyone about footage delete and he also suspects that someone deleted it deliberately to stop us from reaching the truth. They go out of the room. Jhanvi also went out but caught by PK. PK confronts her that what she is doing in his study? Jhanvi says I saw Kabir and Kavya are going out of your study.

PK gets worried and checks inside and find the footage deleted and also the wire of CCTV is detached. PK gets angry on Kabir and Kavya but Jhanvi stops and provokes him further against Kavya.
In the morning, PK goes to meet Raghav in his house and explains about Kavya. They are talking when Raghav’s wife went to keep a file inside a drawer. She opens it and some file drops scattered on the floor. PK gets suspicious with Raghav reacting too obvious about it.

PK wants to check the files but Raghav stops him. PK tricked him and checks the file and got the details about Pooja Sharma being alive. He gets furious with Raghav and gives him an ultimatum of 48 hours to find the whereabouts of Pooja Sharma.

Precap : Kavya gets a picture written Pooja Sharma in the back of it. 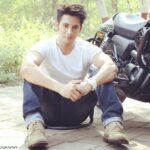 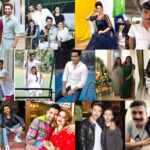 Celebs negate the common belief that co-actors can’t be friends, talk about their closest...

August 4, 2021
There is a common belief that in this industry, it is rare that two actors, be it male or female, can be good friends.... 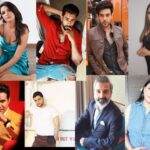 Celebrities and their rendezvous with their fans

August 4, 2021
Actors command absolute fan frenzy, courtesy the roles they play on screen. Sharing their most memorable fan moments, celebrities said they are “incomplete” without love... 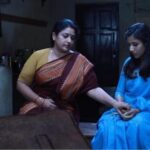 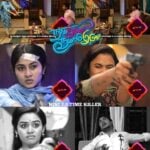 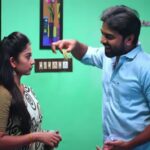