Pooja along with workers works whole night to complete the work so that they can give the delivery on time. Now, will see drama will galore in the show after someone will steal Pooja’s factory goods.

Pooja will worry and Kabir will decide to fight with the goons so that he can get their products back from them.

Here, Ranjit fetches a plan to lure Rani. He brings flower bouquet for her but before he reaches to give her Kabir stops him mid-way. Later, Dhruv comes to meet Kabir and ask for money. Kabir refuses to give him the money for drinking. Furious Dhruv goes to Pooja and stab her with scissor.

Now in the upcoming episode will see, Kabir will save the day.

Dhruv and Jay will get into a heated argument. Meanwhile, Chopra will thrash Ranjeet. Here, Customer will call Pooja and will inform Pooja that delivery is late and cargo is leaving any time. Later, they will get the news of goods being stolen.  Kabir will make a promise to Pooja that he will bring the goods, will enter the go down, and will attack the burglars who stole the goods.

What will be Pooja’s reaction and do Kabir will be able to deliver the goods on time? Do Pooja will have a change of heart after this towards Kabir or she will remain adamant? What next happens in Ek- Bhram Sarvagun Sampanna, to know more keep watching the soap mon-fri on Star Plus. 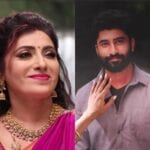 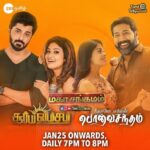 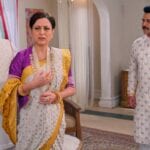 Ghum Hai Kisikey Pyaar Meiin Spoiler: What is truth behind Devyani and Pulkit’s past?