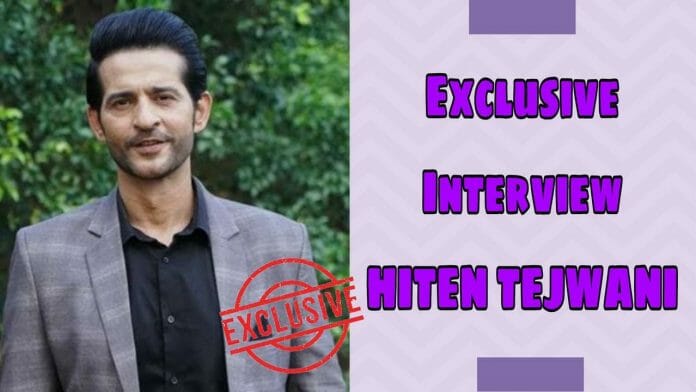 BY ANIL MERANI|| Hiten Tejwani is back in Mumbai after spending three months in  Chandigarh for his other man Arjun Deol stint on Colors show Swaran Ghar,  also starring  Sangita  Ghosh, Ajay  Singh  Choudhary, Hiten and others.
“ I had expected to stay till the show ended, but you can’t be sure of anything on tv,   but I am happy that the track ended well. The  production house( Ravi  Dubey and   Sargun Mehta) also took good  care of us .”

Hiten is also glad that the creators did not make his character negative, “which they could quickly have done, but here they made sure that Arjun was a good guy till his exit. When he first entered, it appeared that he would give grief to all.’

“As an actor, I was more thrilled playing the gyaan giving RJ Tanha bit; doing a business person is quite regular. So I got a chance to do more. “

Point out that the show has lost its way and might end soon, ‘he says, “I have not shot with them since the 12th Oct, so I have no clue. As for the show losing its way, if the show is going well, there is no need to add new characters to increase the drama.   I will not say there were wrong, as many more intelligent people are involved in the decision-making. Also, this is a daily show where newness is the key to keeping the viewer engaged. “

He accepts that tv characters are black and white with very few shades like here; my sister’s character is ready for what it takes to get her plan.”

“The audience was happy to see me back on the tube, and they also liked what my character did “, ended he