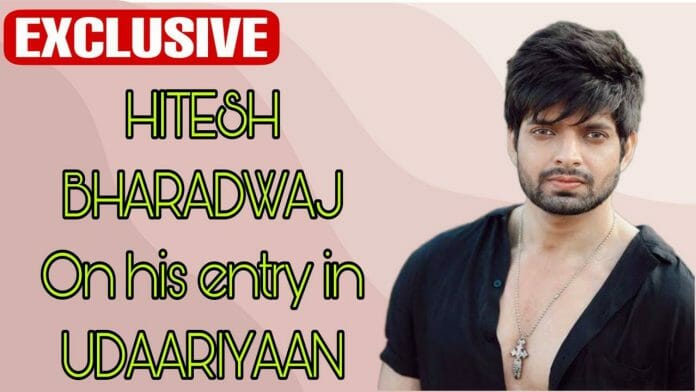 By ANIL MERANI || Hitesh Bharadwaj, the new male lead of the hit Colors show Udaariyaan, is enjoying playing a cop ” The best part is that we usually never get to see the personal side of the men in uniform.
There are a lot of twists and turn in the coming episodes,” added he
He was not worried about stepping into such big shoes( Ankit Gupta and Priyanka Chhaar Choudhary had but not wanting to play parents), for I, have always believed that only good works sell; the previous pair had done a fab job, and we, too, will do our best.“

“It was not an easy decision to leave Mumbai and go to Punjab to shoot, but then no pain and no gain. My co-star Twinkle Arora hails from Delhi, and we have a good equation.”

Hitesh, who has done several shows( Agar Tum Saath Ho, Choti Sarrdaarni and Iss Mod Se Jaate Hain) , before, do not give too much importance to online chatter; ” Although fans give us a lot of love, we need to take such responses with a pinch of salt, for ultimately, our audience is the TV crowd. ” says he
He does not want to name any shows as the best “For such an analysis can be best done only for the audiences. I began with the character artist. “

He said the game changes when you play a lead: “You get many more scenes and, thereby, more opportunities to prove your craft. “

Listen to the full Interview here: