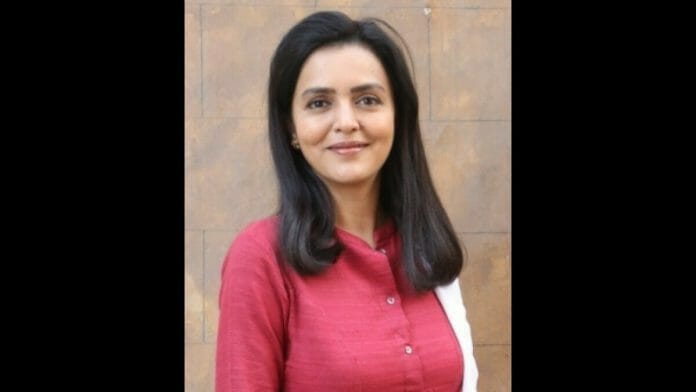 By Anil Merani| TV actress Priti Amin who had taken an eight-year break, is back with not one but two projects. And interestingly, both Katha Ankahee and Durga and Charu air at the same time.

“Though there is a back story to Neerja and Katha, for the moment, we are just concentrating on her supporting Katha.”

Since Neerja is very bubbly and cheerful, she stands out from the other characters, who all are serious. “The best part of Katha Ankahee is the show is very much web-like; there is no extra drama,” added she.

Changing gears to Durga and Charu, she said, “I had baulked at playing negative roles for a long time.”

“The creative team told Bholi was not hostile but greedy. Also, if you check out Shashi Sumeet’s antagonist characters, they dont come out as totally black. I also got a chance to play a tamasha wali which is seen a little on the tube. Although the character is dark, the kids around me like it. “

Priti, who had earlier done shows like, Dill Mill Gaye, Lapataganj and Kasam Se says during the long break, she took courses in Vipassana and business, helping her face life. “

“The same is helping me to switch on and off as both the characters are as different as chalk and cheese, and I don’t have time to unwind. Bholi speaks rustic Hindi, while Nirja is an urban lady, so I must keep these things in mind while shooting”.

“The meditation I did also helped me get in touch with reality. It is not easy to survive in this insular industry as you get completely cut off from the outside world, i.e. current affairs.”

The best part of today’s tv is that although women my age play mother to small kids, they have a lot to do, unlike before, when the young leads stole the show. I have equality in the footage in Durga charu as the lead.” ended she