You recently joined the star cast of ‘Imlie’, tell something about Aryan Singh Rathore?

Aryan has a lot of layers as a character. Well, every character does but the small catch here is he’s changed drastically due to one single incident that happened in his life. As an actor, I have two lives to live with this character. One before the incident and the other after it. It’s challenging to play a character that has lost all emotions and shows literally nothing on his face.

How difficult or easy it was for you to move on from Veer Pratap Singh to Aryan Singh Rathore, as Apna Time Bhi Aayega ended last month only?

It has been difficult. Veer in the slightest manner showed emotions. I had to work on small characteristics that are probably unnoticed but overall bring about a dimension in a character. To leave any character and move on is difficult especially when you’ve lived it for that long and the new character demands something completely different. Veer will always be close to my heart.

Show Apna Time Bhi Aayega gave you a break to play the lead, do you think show added value to your acting career?

Of course, it did. Every job you do brings about that much more experience. I’ve learned so much with every outing and since it was my first official lead, it did give me an understanding of a lot of aspects. Especially the way a scene is treated because your character is the “hero” of the story. I’ve been part of very real-time concepts up until Apna Time Bhi Aayega, so for the first time, it was about the treatment of a character.

Talk something about your bond with your former co-star Megha Ray?

Oh, we are great friends. We just get each other so well. Our understanding is great. We have had a lot of fun while working together. She’s a great actor. For someone who is Just doing her second show she’s been superb in every way. We’ve all seen the results of that. And man she is such a graceful dancer

You have done roles in few other big shows that includes ‘Yeh Vaada Raha’, ‘Kundali Bhagya’, ‘Kya Kasoor Hai Amla Ka’ and ‘Ishq Mein Marjawan season 1’, amid them which played character is close to your heart?

You forgot to mention Mere Dad Ki Dulhan. Randeep Mehndiratta is closest to my heart as a character coz it was short-lived and it was a character that was different from most male characters in TV and the fact that Shweta Tiwari was in it and I did some of my best scenes with her made it that much more special.

You have completed almost 6 years in the industry, how will you describe your so far showbiz journey?

It’s been one hell of a ride. I’ve embraced every situation with a smile and positivity. There’s a long way to go and yet I can sit back and proudly (with all modesty) say I’ve come this far all on my own and I’ve stuck it out in the most difficult of times.

If web is offered to you, which kind of role will have your attention?

Any character that catches my attention. let’s be honest. until we as actors are completely established where not only the Indian audience but audience around the world knows us for the work we do, we don’t get to choose much. But yes, after you’ve done decent work in the industry as long as I have. I trust the industry to give me characters that would be challenging. that they trust I could do

How well you bond with your co-stars on the sets of ‘Imlie’?

I’ve made friends already. I am a very easy-going person I have no hiccups. Gashmeer, Sumbul, Arham, Gaurav are all the same. We chill and eat and have a laugh. It’s a little difficult to get into a show that’s been running this long and get accepted immediately. But these people have been lovely and it didn’t feel like I was new.

Lying down without a thought in my head I guess

· Describe your style in one word

I could never do that. I don’t know 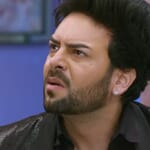 Kundali Bhagya: Prithvi to learn about Preeta being alive! 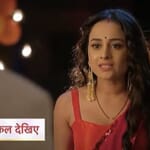 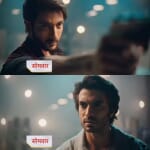 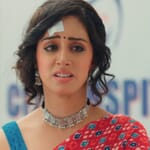 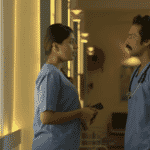 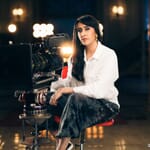 Star Plus’ one of the most celebrated shows, ‘Imlie’, has kept the audiences hooked...

January 21, 2022
The show has managed to grab a lot of eyeballs along with the loyal audiences who are completely hooked to the show. The...