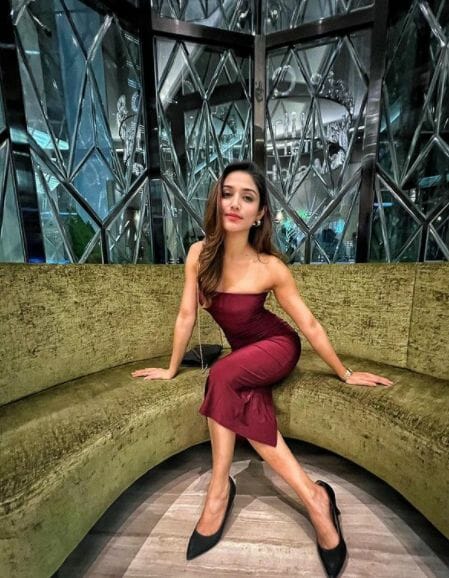 By Anil Meran| Well-known TV actor Donal Bisht is making her web debut with the MX Player series Tu Zakhm Hai,” My fan also wanted me to try OTT, which lets me choose what I want to do, so here I am.”

“Our story of a girl(my character, Kavya) who falls in love with her kidnapper is very engaging. The pace went up and down during the shoot from 100 to 0. I feared whether the public would accept my character’s twists and turns, but the numbers speak for themselves. ” added Donal, who gained name and fame courtesy of Ek Deewaana Tha and Roop – Mard Ka Naya Swaroop

When asked about Tu Zakhm Hai co-star Gashmeer Mahajani? she called their pairing very professional.” We were busy trying to work on our characters instead of building friendships. The result is rocking on-screen chemistry.”

“Instead of dropping all 14 episodes of Tu Zakhm Hai in one go, we are releasing three episodes every weekend.” She refused to speculate whether there might be a second season. “Pls ask the producer (Beyond Dreams) and the channel.”

Apart from this series, she also has a south film waiting for release. “I prefer for the makers to make more announcements. They plan to dub in Hindi as well.”

Your take on Bigg Boss ” I’m glad that the love I received there(last season) has also helped me in Tu Zakhm Hai.”

In closing, when asked if Tu Zakhm Hai was bold, she said, “Why you dont watch for yourself? I am more concerned about what I do on screen than other things. “

Check out the full interview here: