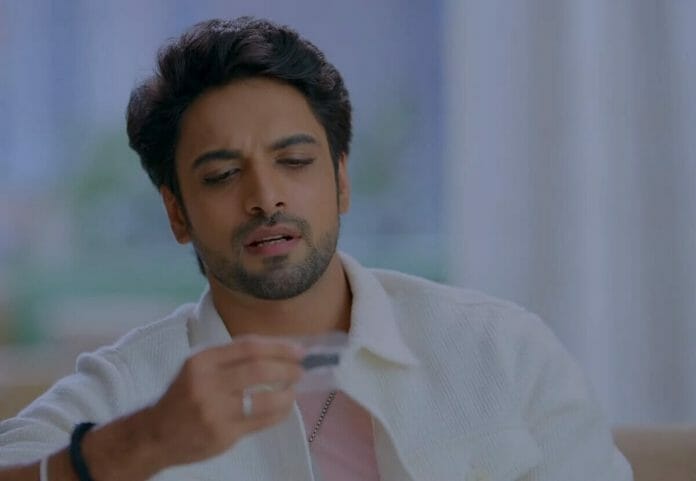 Star Plus popular serial “Faltu” produced under Boyhood Productions, is an unique drama. Niharika Chouksey and Aakash Ahuja are the main cast of the show. The enthralling and fresh story of the serial is captivating the audiences. Previously, Siddharth and Tanisha bribed the doctor and ask him to make Faltu confess the truth.

The latter got suspicious about the doctor and tried to go away from there, but he hypnotised her and made her confess that Ayaan is the one who filled her hairline.

Tanisha got shattered by the truth but ask Siddharth not to notify anyone about it. Meanwhile, Siddharth determined to use the opportunity to break Tanisha and Ayaan’s marriage.

In the current track, Mittals gets worried for Tanisha as she doesn’t pick her call. Ayaan keeps calling Siddharth and Tanisha, while the latter comes there alone. Ayaan ask Sid about Tanisha to which the latter lies that he took her to explain about their business and companies.

Here, Tanisha talks to her mother and ask for money. Kanika questions about the reason to which Tanisha notify her about Faltu’s operation. Kanika gets irked hearing Faltu’s name and ask her daughter to concentrate on her life.

Kanika advice Tanisha to focus on Ayaan and her future, rather then paying attention towards Faltu. Tanisha breaks down in front of her mother and tells her the truth about the marriage. The latter gets shocked, while Tanisha shares her plan with her mother.

Ahead, Kanika assures to help Tanisha and proclaims to throw Faltu out of Ayaan’s life. Meanwhile, Siddharth tries to create rift in between Ayaan and Tanisha, so that they will get separate.

Charan talks to his wife and daughter. He notify about Faltu’s operation and ask them to come to Mumbai. Angoori hears their conversation and determines to stop them from leaving Ittarpur.

Later, Siddharth makes his agent take signature of Faltu in a blank paper along with the eye operation papers. Tanisha proclaims to use it against Faltu. Whereas, Ayaan confronts them but they makes some excuses. Meanwhile, Pratap notify Faltu about the women cricket team selection and the latter insists to apply for it but Charan denies her request.

Now in the upcoming episode, A delivery boy will give a courier to Ayaan. The latter will take it and gets confused on not seeing anyone’s name or address written on it.

Meanwhile, Siddharth will smirk and recalls how he get the confession of Faltu recorded and then sended it to Ayaan. The latter will opens the courier and sees a pen drive while others look at him.

Will Charan agrees to Faltu’s decision?

Will Tanisha gets successful in her ploy?